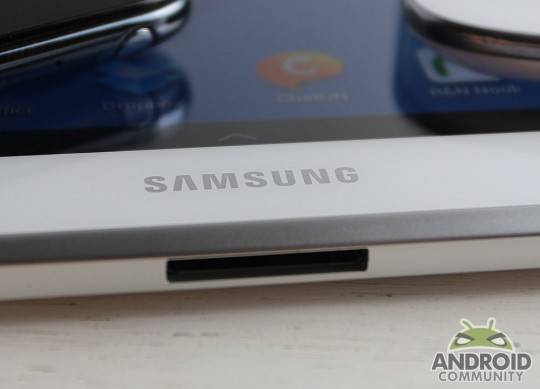 There has been a lot of rumors and leaks regarding Samsung‘s upcoming Galaxy Note 8.0, but we still don’t have any clear details. Previous rumors suggested an unveiling on February 19th, but with that being tomorrow things are looking doubtful. Today however new reports are surfacing that Samsung will announce the tablet this month, with it being available in March internationally.

Rumors floating around over at tablet.bg are claiming pricing and a release schedule for the tablet both arriving near the end of March. While this is regarding Bulgaria availability, we’re hearing throughout Europe and other regions will also have the tablet available. Most likely the US will also be a part of that rollout, but for now the details aren’t too clear.

We’ve seen plenty of leaked images over the past few weeks, rumors pricing, and even what appeared to be a press image from Samsung themselves while they announced another tablet. With all these rumors floating around it’s hard to decide for ourselves. Thankfully we won’t have to because most likely Samsung will debut and announce this new iPad Mini sized tablet in Barcelona next week for Mobile World Congress. And of course, we’ll be there live!

The rumors suggest the new Galaxy Note 8.0 will be on the streets and available in mid to late March with a price of around €358 for the 16GB WiFi version. That’s about $475 USD and we have a feeling it will be priced much lower, otherwise it will probably fail. While it does offer an 8-inch 1280 x 800 resolution display, quad-core power, 2GB of RAM and more we’re expecting pricing similar to the Nexus 7, or slightly higher. We’ll just have to wait and see.