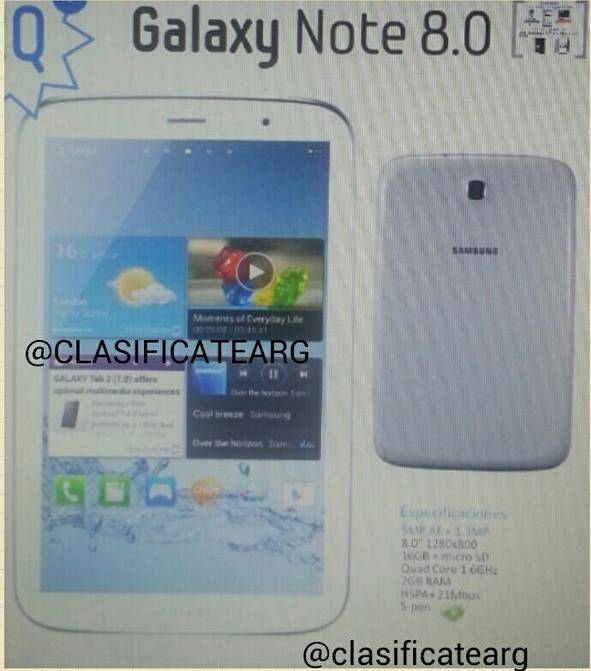 We have begun seeing more and more about an 8-inch Galaxy Note tablet. Of course, that is not to say that everything has been revealed just yet. In fact, it seems that we are at the beginning of the leaks. So far we have heard rumors about the GT-N5100 and that the Galaxy Note 8.0 was indeed going to be announced in February during Mobile World Congress. And well, as of today we have what is said to be an image of the Note 8.0.

That being said, we will say right up from that we remain skeptical on this one. You can see the image above, and we will leave you free to make your own decisions, however just to name one issue — the display seems off. For one, check the lower left widget, it is showing the Galaxy Tab 2 (7.0). Granted, that is not to say it couldn’t, but it does seems strange that Samsung would choose to show off an older model tablet, while at the same time announcing a new tablet.

Also worth noting, unless Samsung does something rather unique here, we are uncertain that many are going to put that earpiece to use. Not to mention, the phone icon on the left side of the row of apps. But then again, maybe an 8-inch tablet with full phone capabilities could be something that would interest some. Another point to take, is also seems a bit strange that Samsung would offer a rear-facing camera without a flash.

Otherwise, included with this image are some specs. Those are listed as being a 5 megapixel rear-facing camera, 1.3 megapixel front-facing camera, 16GB of internal storage, a microSD card slot, 2GB of RAM, quad-core 1.6GHz processor, HSPA+ 21Mbps connectivity and an 8-inch 1280 x 800 display. Oh, and we cannot forget about the S Pen, which just so happens to be barely visible in the lower left hand side of the back of the tablet. 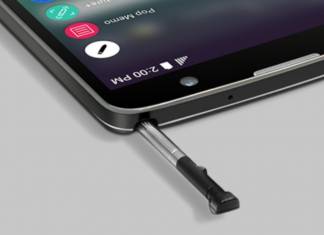