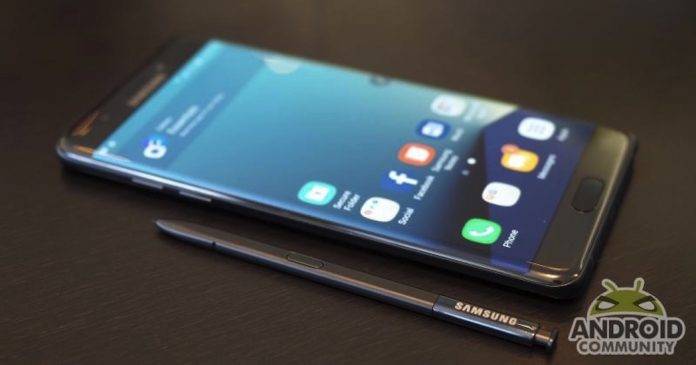 Like most analysts in the mobile industry, we had high expectations about the Samsung Galaxy Note 7 even before it was launched back in July 2016. Through the years, the South Korean tech giant would release the best premium flagship phones but unfortunately, something went wrong with the Note 7. Complaints of overheating and explosions were reported not only in South Korea and the United States but also in other countries and regions. Soon enough, airlines started banning the phone inside the airplanes.

Samsung already issued a recall but similar complaints were still reported. More complaints made the company decide to finally kill the Note 7 and announce to the world that there will be no more Note 7. We’re expecting a new one will still be launched and that the Note line will continue on with the Note 8. We’re more certain now that the next-gen Note will be released aside from the Galaxy S8 but could be launched later this year.

The issue of Note 7 explosions and overheating wasn’t concentrated in just one country. It wasn’t an isolated case either that’s why several telcos and airlines have released their own statements, exchange policies, and bans. We knew investigations were underway. Results are believed to be completed and sent to labs since last month. We’ve been waiting for the results and we’re looking forward to the official announcement.

Samsung hasn’t made any confirmation yet but a source shared with Reuters that battery was the main reason. As if we didn’t already know that, Samsung is believed to have made the conclusion formal and official.

Samsung has failed the mobile industry with the Note 7. It’s not really a first but perhaps one of the biggest failures in the company’s history so far. Samsung is expected to make an official announcement and release a statement but we’re more concerned with how the company will make changes in the design and production processes in time for the Galaxy S8. We know it already learned a thing or two from the Note 7 fiasco so we’re hoping nothing like the incidents reported will happen ever again.

Rumor has it that investigation results will be announced on January 23 after the Q4 2016 earnings results are released by Samsung’s mobile business head Koh Dong-jin.