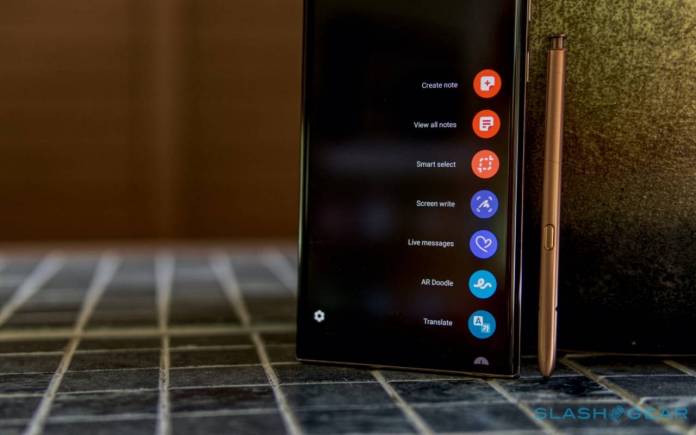 We always say Samsung is working on many things. It’s true. It is still the no. 1 mobile OEM in the global market. It’s a different story in China where even Huawei and Apple have been edged out by OPPO. But no doubt, Samsung still rules. It won’t be overtaken by Huawei anytime soon although we think the South Korean tech giant shouldn’t be lax when it comes especially to the mobile business. Any phone maker can suddenly take its throne because of premium phones priced affordably.

Samsung has just announced the Galaxy S21 series. It comes in three variants. The Ultra model is something new because it already offers S Pen support which is a first for another Galaxy phone outside the Galaxy Note lineup. The next-gen Galaxy Fold is also anticipated to receive the same S Pen support.

In the second half of the year, the company is expected to still release the Galaxy Note 21. Last year, there were talks Samsung may already put an end to the series. It’s not happening but there may be a delay, no thanks to chip supply that’s been affected.

Samsung isn’t the only company that may be affected. Other phone makers and manufacturers of devices and parts may also be affected not only in the US but in other parts of the world. There are several reasons: the pandemic, the winter storm, and high demand.

At the moment, the demand is higher compared to what the manufacturers can supply. Samsung may not receive the orders on time so the launch of the next flagship may be canceled. If not canceled, just delayed.

The idea also comes from the release of new Galaxy Z Fold phones. Two foldable phones are expected to be introduced—the Galaxy Z Fold 3 and the Galaxy Z Flip 2. The two are already considered premium flagship phones. Launching two Galaxy flagship devices around the same time can be difficult.

Samsung executive DJ Koh said they might skip the Galaxy Note 21 this year. It may be time to streamline the product portfolio especially since there is a supply shortage of chips. It won’t go away forever, maybe just this year.