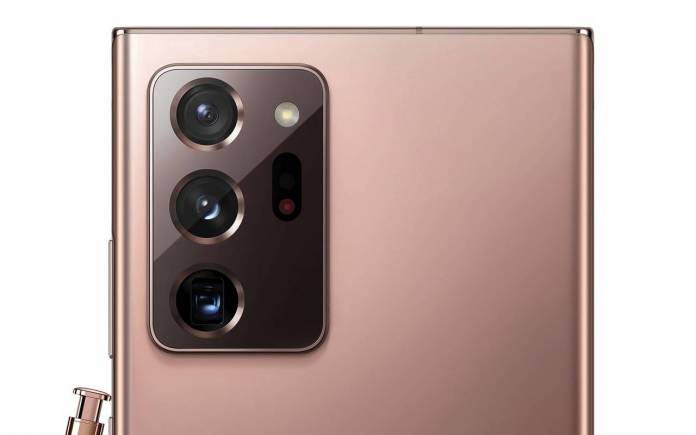 The Galaxy Note 20 Ultra will be Samsung’s next premium flagship offering. It will arrive together with the Galaxy Note 20 and other products from the South Korean tech giant. We’ll also get to see the Galaxy Z Flip 5G, Galaxy Z Fold 2, Galaxy Tab S7, Galaxy Beans (Galaxy Buds), and the Galaxy Watch 3. There is no official confirmation of the lineup but we’re looking forward to five devices Samsung promised to be revealed during the Unpacked 2020. The virtual event is highly anticipated and we’re counting the days until August 5.

New renders are available on the web as shared on WinFuture. The features and specs we know include a 6.9-inch dynamic OLED display, Gorilla Glass 7 protection, 3200 x 1440 pixel resolution, and up to 120 Hertz of refresh rate. Expect 508ppi and 19.3:9 aspect ratio. The European variant of the smartphone will run on Samsung Exynos 990 Octa-core processor, 12GB of RAM, 256 or 512GB UFS 3.1 flash memory, microSD card for storage expansion, and a 108MP primary sensor.

The rear camera system includes the 108MP sensor with f/1.8 aperture, dual-pixel autofocus, and laser-based autofocus system. It is joined by two 12MP sensors (f/3.0, f/2.2 aperture) plus periscope lens. The whole camera system offers a 50-fold space zoom instead of 100-fold. The selfie shooter is 10 megapixels with dual-pixel autofocus. Other standard features of the phone are as follows: dual GPS support, WiFi 6, Bluetooth 5.x, USB-C 3.2, and NFC.

The device is already IP68-certified and comes with an S Pen support and AKG-optimized stereo speakers. The 4500mAh battery is quick charging. This means that within 30 minutes, it can reach up to 50% capacity. It will run on Android 10 with One UI 2.x.

When it comes to pricing, we can probably expect a price of around $1,000. It will be a premium flagship smartphone offering so it will be expensive. We know there will still be people who can afford to buy such. We’re just not sure how many Samsung will sell this time as it’s been planning to bounce back.

What’s more exciting about this one is that it will be the first Android phone with optimization for cloud gaming via Xbox Game Pass. Samsung and Microsoft teamed up together to make most mobile gaming dreams come true. The Xbox Game Pass is part of the Project xCloud. It allows some 90 games to be played on the 5G phone via the cloud. The system turns the Galaxy Note 20 Ultra into a portable game console.