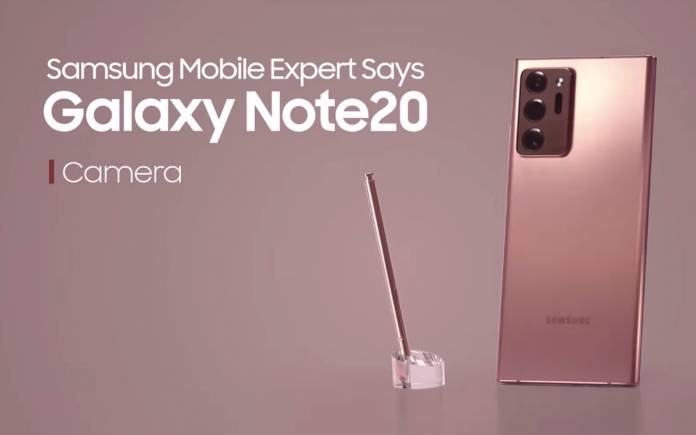 As always, the professional camera system is still a major highlight. Samsung has published a video featuring a mobile expert discussing the Galaxy Note 20’s pro-grade camera. The first question asked: “What was the main focus when developing the camera for the Galaxy Note 20 series?”

The mobile expert explained the cameras were developed with video shooting enhancements in mind. The main focus was video recording because more people are using video-sharing platforms. The use of YouTube and TikTok were considered as more people are watching and creating more videos.

Samsung continues to advance smartphone technology especially since more professionals now rely on these mobile devices to capture music and videos. They are easy to use and some are already pro-level and can even compete with DSLRs or other professional products.

As described, the Samsung Galaxy Note 20 series offers Pro Video features. This includes audio capture that lets the phone focus on the voice or adjusts the direction of the sound. The direction can be chosen.

Some other important features that may be useful include zoom speed control for movie-like filming and cinematic results. There are also different shooting options from 8K to 24 fps and 120fps speed. Samsung also added HW and SW improvements that are based on AI technologies. Expect the following: smarter Single Take function, Color Picking Portrait function, and a personalized filter that allows video to detect scenes and provide background music or short clips for videos.