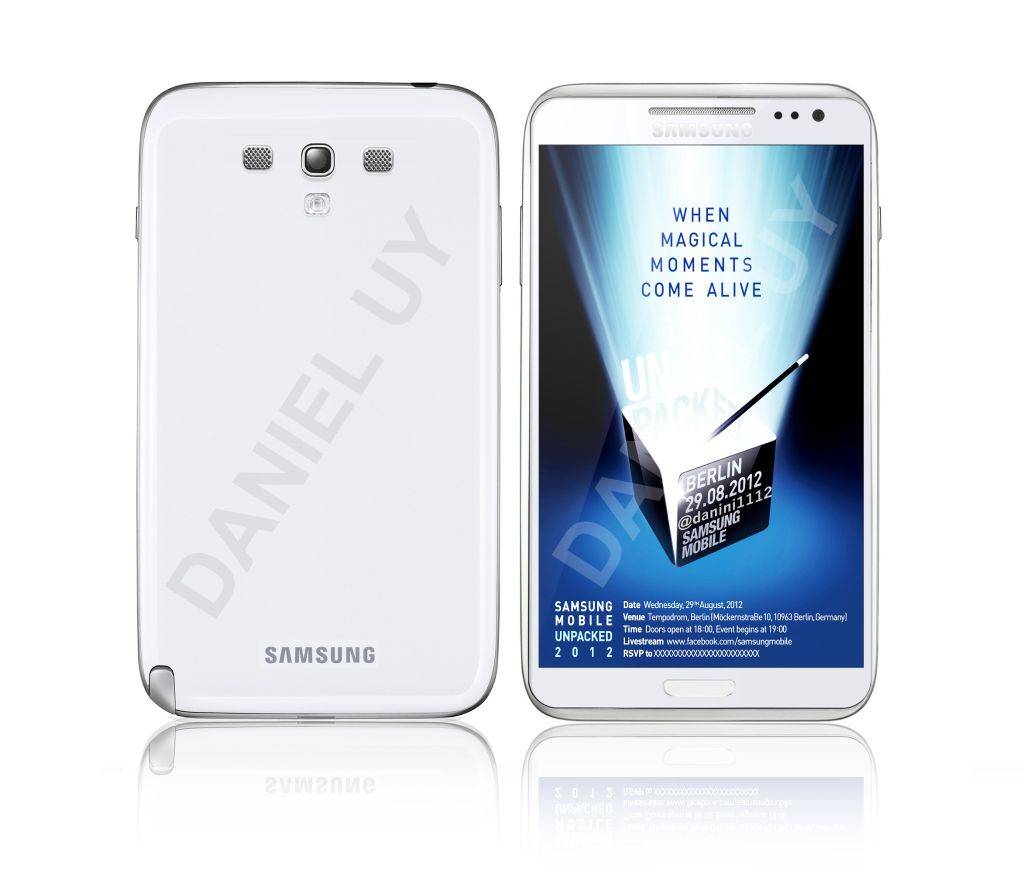 Earlier this morning reports surfaced regarding images of Samsung’s mysterious Galaxy Note 2 smartphone phablet. Sadly those images from KnowYourMobile were fake, and actually from a render that leaked this morning on Twitter. While this could indeed be the final design of the new device, we can’t be certain.

While these renders aren’t official, they are very similar to recent rumors and other leaks. Earlier this week we saw pictures that were rumored to be the Galaxy Note 2 front panel, confirming the large dedicated home button, larger screen, and super thin bezel around the screen. These mockup images making the rounds this afternoon are a fine blend between the Galaxy S III, and that leak.

According to the earlier reports this device will be quite powerful rocking Samsung’s Exynos 1.4 GHz quad-core processor, 2GB of RAM, 12 megapixel camera, and of course that 5.5-inch Super AMOLED display. Many believe that Samsung will be following the Galaxy S III design and elegance, and blending that into a large 5.5-inch device, as pictured above.

The fan made renders today could have some substance behind them, but for now we’ll just have to wonder. Samsung is set to debut and unveil their Galaxy Note 2 to the world later this month during their Samsung Unpacked event in Berlin, Germany. We’ll be there live on August 29th to bring you all the details too. Most likely we’ll be seeing and hearing more about the Note 2 in the coming weeks, so we’ll keep our eyes out for additional details.