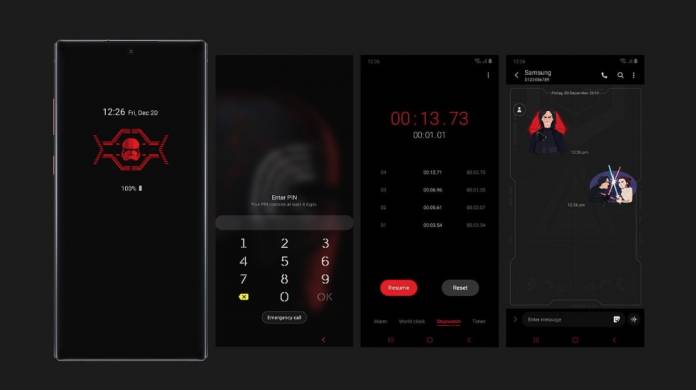 A couple of weeks ago, the Samsung was reported to release a Galaxy Note10+ Star Wars Special Edition. No doubt the phone would be available and now the pre-order has opened up. And in about two weeks, the new Star Wars movie will be shown in theaters. After getting tickets to ‘Star Wars: Rise of Skywalker’, we suggest you place an order for the Star Wars version of the Galaxy Note 10+. It’s not exactly from a galaxy far, far away. It’s more like the power of the galaxy is in your hands.

The Star Wars special edition Galaxy Note10 plus, shown with everything that’s included. The sleeve with Kylo Ren on the front, the box with Kylo Ren’s helmet printed on the top and the drawer partially slid out to show the packaging inside. The black and red Galaxy Buds are next to the Leather Cover featuring a Sith-Inspired design on the rear. 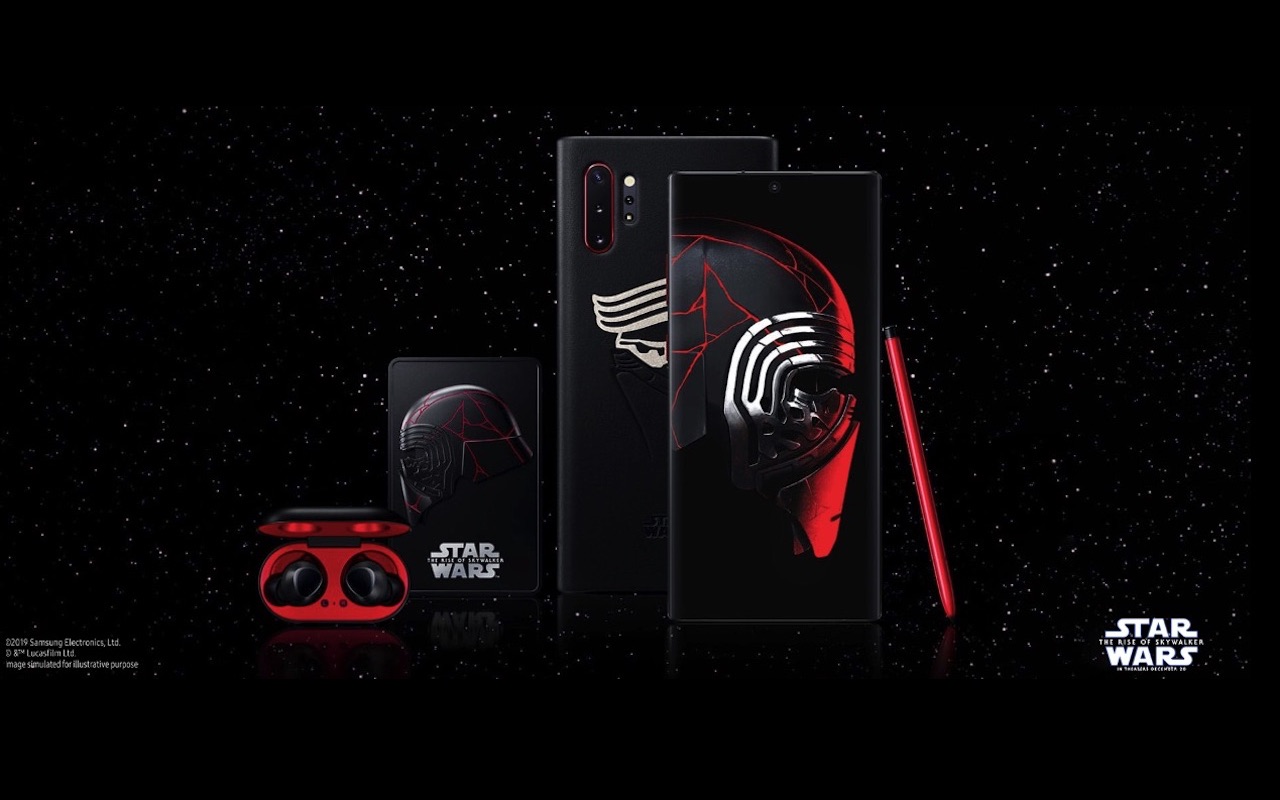 The Samsung Galaxy Note 10+ is a premium mobile device that shows off a Kylo Ren-themed design. The overall black paint with red accents makes it one attractive Android phone. It’s the higher-specced Galaxy Note phone offering.

The designer thought about the design and colors carefully. Even the S Pen is red which may remind you of your lightsaber. Samsung and Star Wars logos are at the back while the volume rocker and power button are on the sides.

The Samsung Galaxy Note10+ Star Wars The Rise of Skywalker edition also comes with matching accessories, embossed cases, and a pre-installed theme. Even the app icons are changed.

Samsung is offering a free pair of Galaxy Buds with the Galaxy Note 10+. The bundle also contains the iconic crossguard lightsaber S-Pen, a leather cover, and a collector’s badge. The device will start rolling out in select markets with a $1,300 price tag. The phone will be out in Australia, Finland, Denmark, Germany, France, Hong Kong, Korea, Norway, Russia, Spain, Sweden, Turkey, UAE, United Kingdom, and the US.