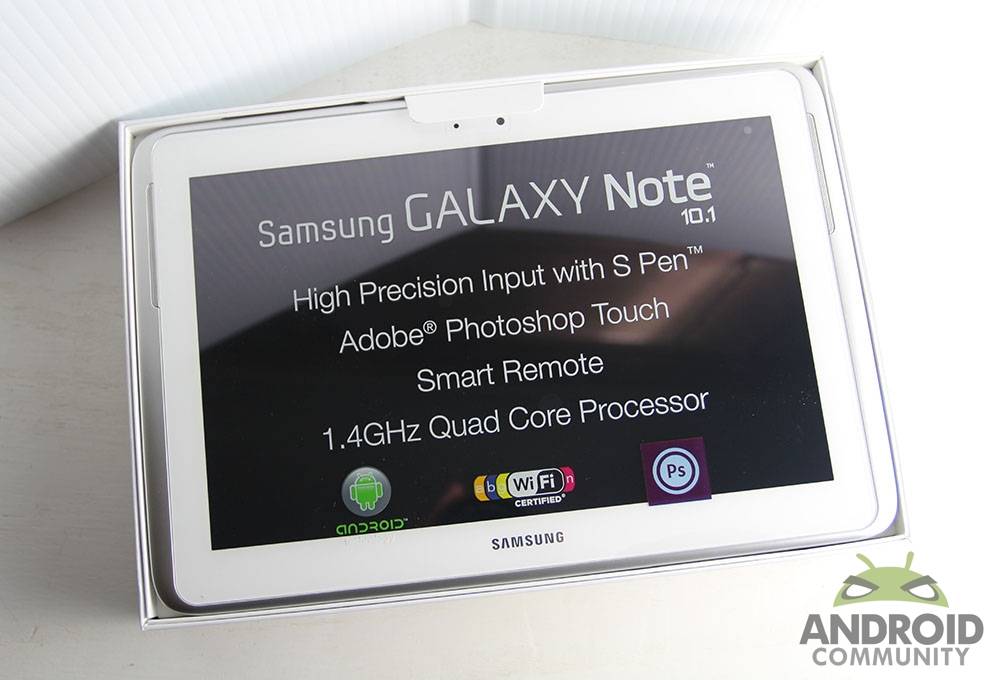 The fine folks at iFixit have ripped apart the Samsung Galaxy Note 10.1 in an effort to find out how repair-friendly it is. The results were pretty good too, with iFixit giving the tablet a repairability rating of 8/10. It’s not perfect, but it’s a whole lot better than the third-gen iPad, which only managed to take home a 2/10 rating.

Opening the device up, iFixit found that it housed a total of 16 connectors, which they say is a “huge boon” for repairability. The device is sealed up with a handful of Phillips screws and clips, which means that it’s relatively easy to get into while still keeping out those tiny humans some affectionately call “children.” The Galaxy Note 10.1 also gets bonus points for having an easy-to-remove battery, despite the fact that a fair amount of cables have to be disconnected before you can take the battery out.

The screen also scored some major points, as the glass and the LCD are easy to separate. Worth mentioning are the EMI shields, with iFixit saying that they’re screwed in, which is a pretty rare thing. In all, the Galaxy Note 10.1 managed to take home a pretty great repairability score, so if you like taking your devices apart and fixing them yourself, you have a repair-friendly tablet with the Galaxy Note 10.1.

Elsewhere on the Internet, James Franco can be seen starring in a brand new ad for the Galaxy Note 10.1. The 2:45 ad focuses once more on the multitaksing capabilities of the Galaxy Note 10.1, with Franco using the the tablet to record video and voice memos relating to skateboards and take a picture of a model’s strep throat before sending it off to her doctor. It’s a strange little ad, but definitely one that’s worth watching (especially if you happen to like James Franco). Check it out above, and be sure to peruse our story timeline below for more posts on the Galaxy Note 10.1!