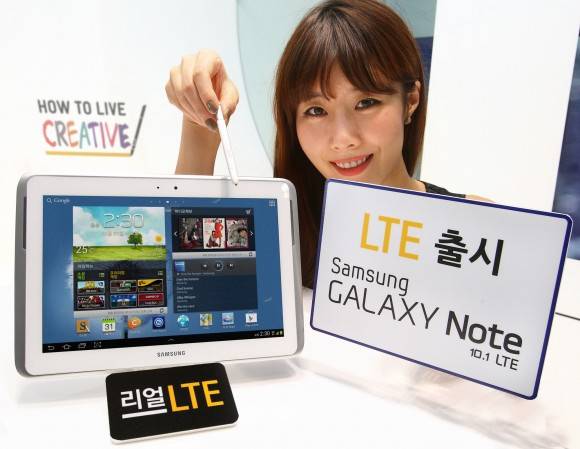 Samsung is bringing the most sought after software update to Samsung Galaxy 10.1 LTE devices. The update also adds simultaneous data and voice to the LTE toting devices. The new update is coming to South Korean carriers initially, and will hopefully spread out to other places from there.

Obviously, the update includes the awesome features that all Jelly Bean devices have. With this being a Samsung device, it also adds support for Multi-Window, which is one of the cooler features out there. This feature splits the screen in half and allows two apps to be run at the same time. With a 10-inch tablet, it seems like the feature could be a perfect fit. It’s like having two 5-inch phablets side by side.

The update also adds improved S Pen functionality such as the new Easy Clip that debuted on the Galaxy Note II. The update also adds Air-View, which grants a preview of photo and video galleries, message content, calendar entries, and other data when the pen is hovered over them. It also adds Quick Command, which triggers new emails, searches, and other features with an upward swipe.

VoLTE address a common concern for LTE devices. Now, if you need to make voice call from your tablet, you will be able to do so without losing your data. With a smartphone, not being able to call and use the Internet is acceptable, since often you will have the phone pressed to your ear, but a tablet, you are probably using a hands free device, and thus, may need to use Internet. VoLTE solves that, but it does require carrier support to work.

Samsung has not mentioned the actually rollout dates for the update.