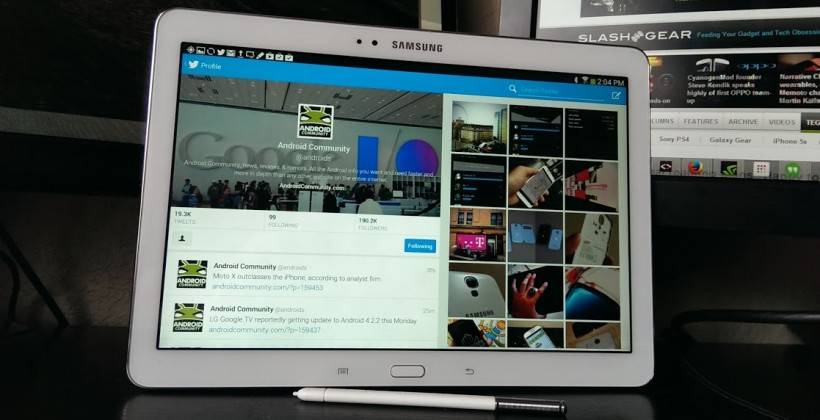 As mentioned before, the Android 4.4.2 update for the Galaxy Note 10.1 2014 edition has started rolling out to owners in the US. now we’re getting a glimpse of some of the changes in this update, which are admittedly interesting, if you’re the type who have accepted the Samsung TouchWiz way of life.

Of course, we’re going to see some of the same changes that run across all Android 4.4 versions, like the monochromatic notification icons. However, unlike other Galaxy devices upgraded to the latest Android version, Samsung is throwing in a lot more in its 10.1-inch S-Pen enabled tablet. Most obvious perhaps would also be related to notifications, Samsung’s own custom notification panel. This has been revamped with the flat theme that Samsung is believed to be pushing going forward. The Multi Window bar has also been revamped, pushing it all the way to the right and now taking up two rows, making it quite similar to Samsung’s Galaxy Pro tablet line. Another visual change, to more subtle this time, is the new task manager or recent apps list.

But the Android 4.4 update isn’t all about fluff. There are also positive changes under the hood that are being reported by users. Performance is deemed faster across the board, including the Samsung web browser. There has been noticeable reduction in lag as well especially in waking up the device and in the S-Pen response time. Battery life has also been improved, partly thanks to the improvements coming from Android 4.4 itself. Some of Samsung’s apps and proprietary features have reportedly also been modified just a tiny bit, particularly those related to S Pen functionality.

These are definitely some huge and positive changes, especially for users of some of TouchWiz’s more useful features. The Android 4.4.2 update comes in a very large 540 MB files size, so users best be prepared for the occasion when the update notification finally hits their device.