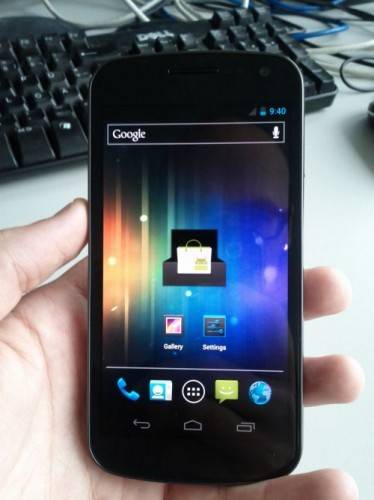 Of all the Android smartphones that are coming one of the most interesting of them all is the Nexus Prime or Galaxy Nexus. One of the most interesting things about the coming smartphone is that it is said to run Android 4.0 Ice Cream Sandwich and the official launch of the device is expected for next week. Ahead of that official launch, we have some new spy shots and the smartphone has now turned up on video for us to lust over.

The smartphone has a 4.65-inch screen and some screenshot with the leak do seem to confirm that Android 4.0 is Ice Cream Sandwich. We still aren’t sure what all the specs are, there have been differing rumors there. Initially the rumors pegged the device to have a 1.2GHz dual-core processor and a 5MP camera. A more recent rumor claims the smartphone will pack in the Samsung 1.5GHz processor and a better 8MP camera.

Rumors are now back to saying the rear camera is a 5MP unit with the latest leak. At least we will know all the details for sure next week. The same exact screen shots and video have surfaced on two different sites, Gadget.ro and Mobilissimo, so it’s hard to say who the original source for this story is. What we do know is that the launch is expected to happen at CTIA 2011 next week and we will be there so stay tuned.