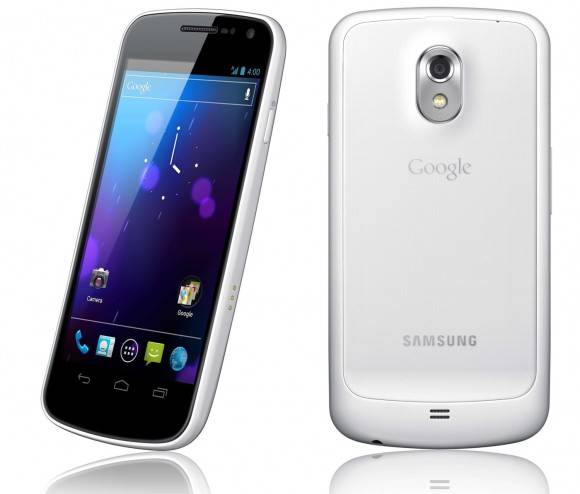 We knew it was coming but today Samsung made it official. The Samsung Galaxy Nexus in white is real, and coming soon. It will be available starting on February 13th and will be identical to the regular model — only white as snow. Sadly it being available so late it has missed the snow for many markets, but then that depends on where you live.

Like mentioned above, the white edition will be on sale starting February 13th in locations throughout the UK, and we can expect more to follow shortly. No US carriers have announced any plans yet but most likely we’ll see it hit some 3rd party retailers like Amazon, RadioShack and others eventually — only the GSM version.

We first saw some pre-orders followed by officially leaked pictures but today Samsung has officially confirmed the handset. Since these are GSM and unlocked Samsung will be offering them for a pretty penny, but you’ll be able to choose from the 16GB and the 32GB models. Samsung themselves didn’t offer any official pricing but being unlocked they probably wont be too cheap.

Do you want a white Galaxy Nexus?