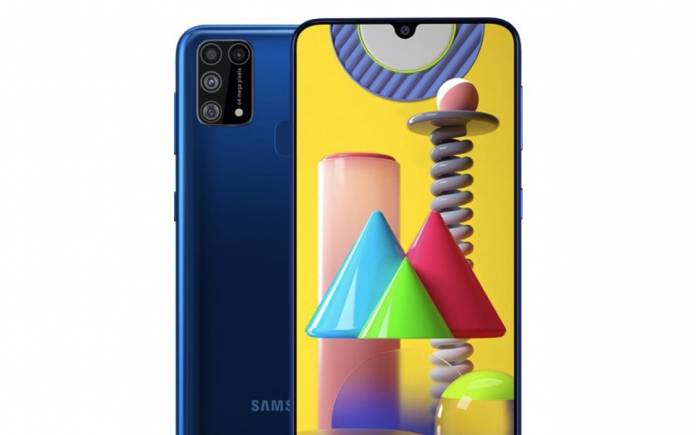 It’s been a while since Samsung introduced a new Galaxy M phone. We only remember the Samsung Galaxy M30s that made an impression with its 6000mAh battery. It’s getting a follow-up in the form of the Galaxy M31. It’s never meant to overshadow the Galaxy S20 series but the Galaxy M mid-range series is due for a new model. Just like last year, a new Galaxy M will be introduced later this February 25, 12 noon in India. Samsung India has teased the Galaxy M31 and we’ve got some information.

The Samsung Galaxy M31 will boast a Super AMOLED screen. We don’t know the screen size but it will still arrive with a notch for the front-facing camera. The rear fingerprint reader is still there. The battery remains at 6000mAh which is very impressive.

The phone comes equipped with Exynos 9611 or a Snapdragon 665 processor. It’s only mid-range but it’s Samsung so it can be powerful for its category. When it comes to imaging, we can expect probably expect four rear cameras–a 64MP primary, a depth sensor, ultrawide lens, and a macro camera.

Samsung will be launching the new Galaxy M31 in India. It’s around the same time as the Mobile World Congress (MWC 2020) but we know the South Korean tech giant won’t bother to show the new phone off in Barcelona. The premium flagship Galaxy S20 series has its own Unpacked event so why go to the MWC. Let’s wait and see for the official launch.