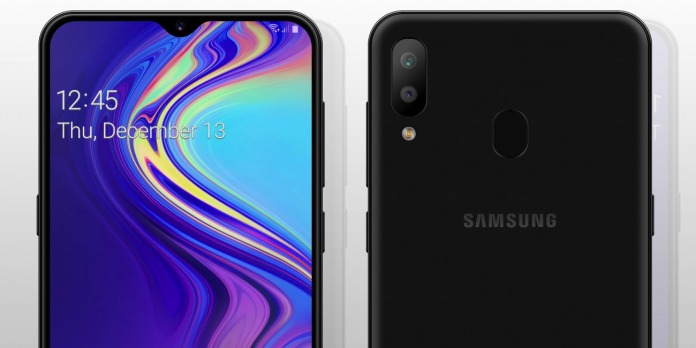 Samsung will be unveiling the Galaxy M20. We’re already sure of that but we don’t know when exactly. We know it will be soon but at this point, we really can’t tell you when to expect the new device. A few months ago, we learned the Galaxy A and Galaxy M series would remain while the Galaxy J and Galaxy C series would be out. A Galaxy M phone was sighted on Geekbench last month while Samsung Galaxy M20 leaked images surfaced online recently. The photos confirmed the headphone jack.

After the Galaxy A8s’ announcement, Samsung is also set to launch the Galaxy M20. It may be out in 2019 together with the Galaxy M30 and Galaxy M10 and of course, the highly-anticipated Galaxy Fold foldable phone.

The Samsung Galaxy M20 (model SM-M205) is said to arrive with a large 5000mAh. It will be the first from the South Korean tech giant to have such power. It will have a notch as made possible by the Infinity U. The waterdrop notch will obviously house the 8MP selfie camera and still offer a larger screen real estate.

The phone was also spotted getting a Wi-Fi certification together with the Galaxy. This means Samsung is warming up the Galaxy J phones which may be out in January.

Details are scarce but we ready the Galaxy M10 (SM-M105F) will have 3GB RAM, Exynos 7870 processor, 32GB storage, LCD screen, and Android 8.1 Oreo OS. The Galaxy M phones are expected to be out in key markets in Asia, the Middle East, and Africa.