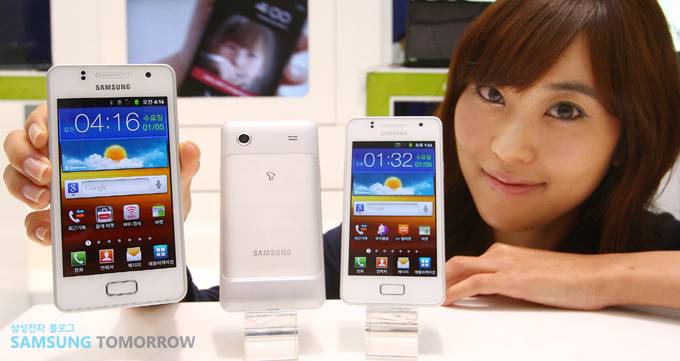 Samsung has just announced another Super AMOLED packing Android smartphone, the Galaxy M Style. Following their announcement for the new Galaxy Ace, and with the Galaxy M Style they are promising it will be “reasonably priced” while still packing a 4″ Super AMOLED display and Android 2.3 Gingerbread. More details and pictures after the break.

Wrapped in the usual Samsung plastic the M Style will also have a brushed aluminum rear battery cover, a 4″ Super AMOLED display (but not high-res) and more. It might be considered budget or entry-level but will be powered by a 1 GHz single-core processor, Android 2.3 Gingerbread, have a 3 megapixel camera around back and VGA front all running with a 1,650 mAh battery.

Bringing the style and quality from the Galaxy S II to the entry-level. Launching today in South Korea it also features a DMB TV tuner onboard, along with 4GB of storage. There is no word on pricing or when the device will launch outside of South Korea but we can expect a wide array of colors including white, black, pink, and blue once available elsewhere. This will surely be an affordable device especially while on contract.