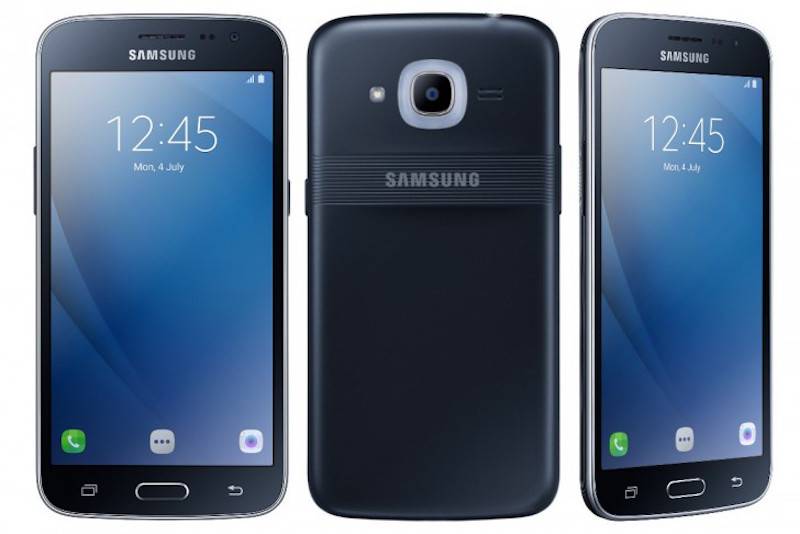 It’s been barely a month since the Samsung Galaxy J2 launched in India, but already, we have a much improved version, for those who can afford to put a little bit more rupees into their budget for a new smartphone. The Galaxy J2 Pro shares a lot of the same specs with the previous device, but instead of a 1.5GB RAM, we now have 2GB which makes a slight difference, and internal storage has also been expanded to 16GB, which is a big deal.

Other than that, mostly all the specs remain the same. The Galaxy J2 Pro also has a 5-inch 1280 x 720 HD Super AMOLED display and is powered by a 1.5GHz quad-core Spreadtrum processor. As mentioned earlier, it is now equipped with a 2GB RAM and a 16GB ROM, but can still be expanded with a microSD card. It has an 8MP main camera with LED flash and f/2.2 aperture while the front-facing shooter is 5MP with a f/2.2 aperture as well.

It will come with Android 6.0 Marshmallow out of the box and has dual SIM support and a 2600mAh battery. One of the highlights of this device, as well as the previous Galaxy J2 (2016) is the Smart Glow, a new light notification around the main camera. The LED ring will light up in different colors and patterns, depending on what kind of notification it is indicating.

The Samsung Galaxy J2 Pro is just slightly more expensive than the Galaxy J2, as it will cost you Rs. 9,890 (the previous one is Rs. 9,750. It’s available in Black, Silver, and Gold.