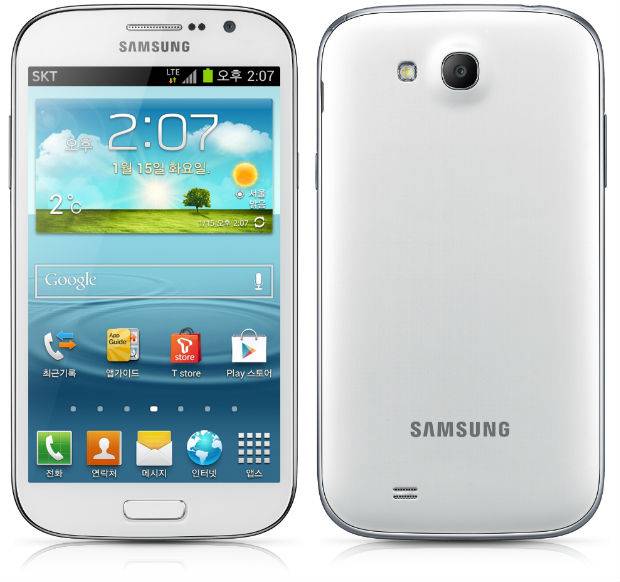 Samsung first announced the Galaxy Grand back in December. The handset was unveiled in two-versions — a single-SIM and a dual-SIM model. More recently however, Samsung has unveiled a third model. This latest is also dubbed a Galaxy Grand, however it brings an improved processor and speedier connectivity.

This model will have a quad-core 1.4GHz processor and LTE. For those looking for the comparison, the previous Galaxy Grand was announced with a dual-core 1.2GHz processor and HSPA+ connectivity. Otherwise, the majority of the specs remain the same and include a 5-inch (800 x 480) display, 1GB of RAM, 8GB of internal storage, a microSD card slot, 2100 mAh battery, 2 megapixel front-facing camera and 8 megapixel rear-facing camera.

The handset will be running Android 4.1 Jelly Bean with the TouchWiz user interface and also have NFC with S Beam support, Wi-Fi and Bluetooth 4.0. Another feature will give a clue as to where this LTE capable Galaxy Grand is headed — T-DMB, mobile television for those in South Korea.

Samsung has yet to offer anything that suggests this model will be heading anywhere except South Korea. All said and done, aside from the limited amount of internal storage and 800 x 480 display, this model does not seem all that bad of a handset. Of course, that may just be in comparison to the specs of the previously announced Galaxy Grand.