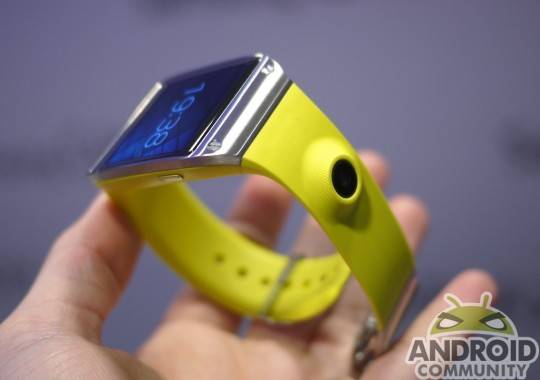 The Samsung Galaxy Note 3 and new Galaxy Gear smartwatch are quickly approaching, and now we’re starting to get a few more details on what we can expect. The watch will initially only be supported by the Note 3, which was a bad decision if you ask us, but we’ve now learned the Galaxy S4 is next in line.

Well, you’ll need the Note 3 or the new Galaxy Note 10 2014 edition to work with the Gear. That will be changing next month though. Courtesy of The Korea Times one Samsung exec has reportedly confirmed that next month, so sometime in October, an update will rollout for the Galaxy S4 with full support for the Galaxy Gear smartwatch.

While this wasn’t confirmed until now, it was basically something we all knew because it is their flagship device and all. Supporting the Gear with one of their most popular and best selling handsets is logical. The exec goes on to state the Galaxy S3 and Note II will be up next, but that support won’t arrive until December.

One interesting point to take away is the fact that we’ll need Android 4.3 Jelly Bean to fully operate and use the Gear to full potential. Does that mean the Galaxy S3 and Note II might not see that update til late November or December? We hope not. We’ll have to wait and see what Samsung has planned, but for now it looks like only a select few will be able to enjoy their new smartwatch.