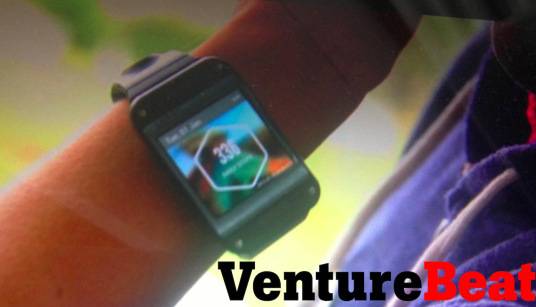 Leaked photos of the anticipated Samsung Galaxy Gear smartwatch spread over the Internet yesterday and has caused quite a bit of discussion. However, it seems that the photo is of not the final device itself but is only a prototype.

Smartwatches have recently created quite a stir over the Internet and tech circles, and Samsung’s version is no exception. It has already been donned by many rumored specs, including Bluetooth, NFC, and WiFi connectivity, a 1.5 GHz dual-core Exynos chip, a 2 megapixel camera, and a Super AMOLED display. We were, however, quite surprised to see in the leaked photos a square-ish regular LCD screen with bezels that made the device look too clunky and big to comfortably wear.

Those who have been dismayed might take a bit of solace in a new leak that says the photos only reveal a prototype and the the real product is definitely more finished. The source adds that the Galaxy Gear will be running on Android 4.3 with keyboard features disabled and full screen notifications. Unfortunately the source also confirmed the battery life of 10 hours of regular usage.

Rumors and leaked information might give us ideas of things to expect or to look for, but we can never really be 100% sure until the day of announcement. Luckily for us, that day is just two or three days away and then we’ll finally get to really see what the buzz is all about.