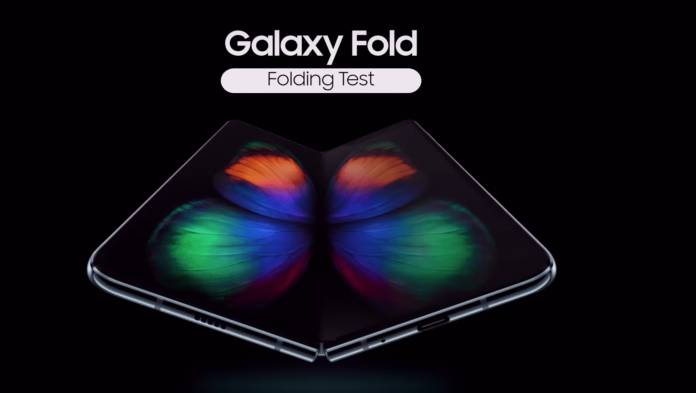 While we do know already most of the details of the Samsung Galaxy Fold, we still don’t have much sightings of the part smartphone, part tablet device. Now it looks like we’re getting a sort of early look at the device that will officially be available starting April 26. But what we do see is the Galaxy Fold undergoing a Folding Test through one of Samsung’s specialized stress testing machines to show us that the device will survive what will probably be extensive folding and unfolding once consumers start buying the device.

The Galaxy Fold actually has undergone “extensive tests” in their reliability labs to show that despite some misgivings towards the product, they’re actually ready to unleash it to the market. This particular video shows it going through the Folding Test which actually took a week to finish. It basically folds and unfolds the phone 200,000 times which is what they estimate will happen if used 100 times a day over the next five years. 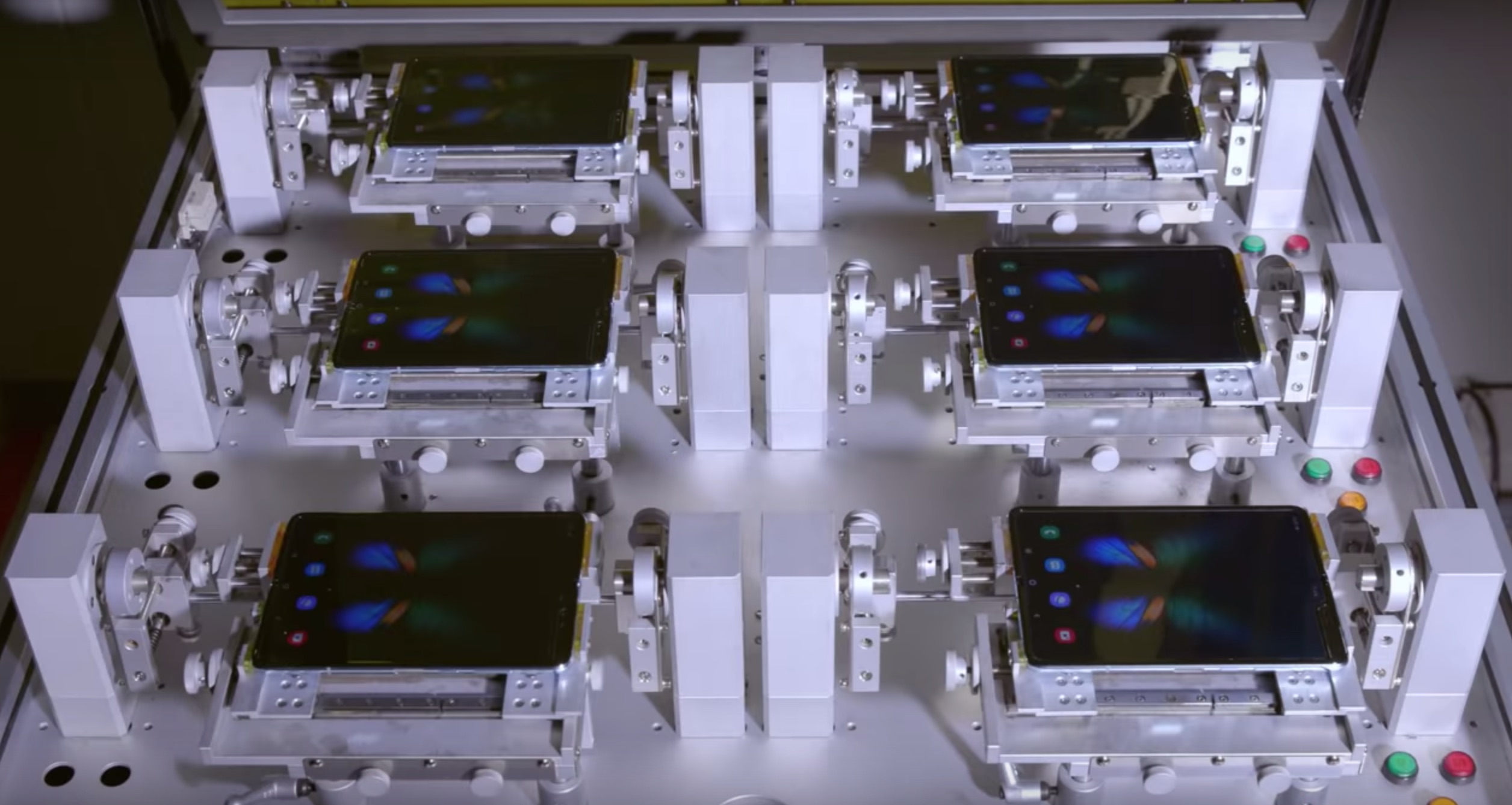 Based on the video, the folding and unfolding look pretty slick and there are almost no gaps in between. The screens turn on fast enough and when the device is closed, it’s still pretty much usable. There doesn’t seem to be any creasing which is what early reports say will be a possible problem. But of course, this is a produced video from Samsung so we might not be seeing the entire, unblemished picture just yet. 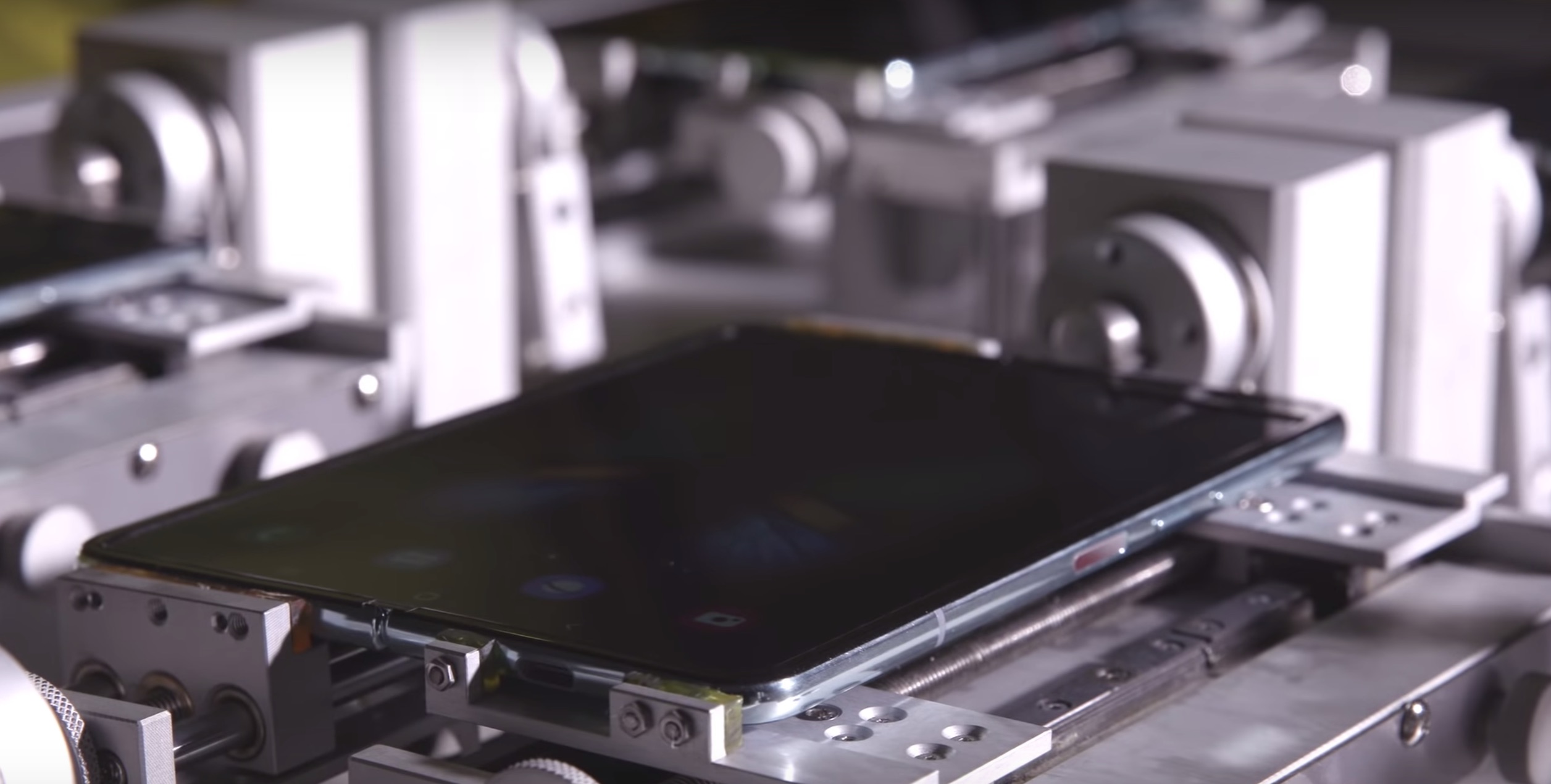 The Galaxy Fold will have a 7.3-inch Infinity Display with the main screen having an QXGA+ resolution and when folded, you get a smaller 4.6-inch HD+ display. It is powered by a Qualcomm 7nm octa-core processor and 12GB of RAM. It also has two batteries separated by the fold but all in all it has a total of 4.380mAh. It will officially be released by April 26 and pricing starts at a very steep $1,980.