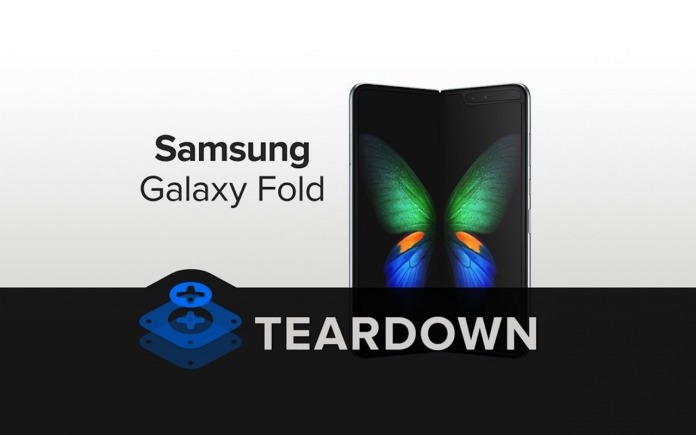 The Samsung Galaxy Fold may be in hot water right now but we still believe the South Korean tech giant will fix the problem. We’ve been waiting for this foldable phone for several years now only to be disappointed. The display of some review units distributed to the press has been breaking, causing Samsung to postpone the launch in the US and cancel employee training in China. The company hasn’t released an official explanation as investigations are still underway.

For those who received their Galaxy Folds already like the IFixit team, it’s interesting to know how the phone works. As usual, a teardown treatment helps in analyzing the design and technology inside.

Samsung’s first-gen foldable phone has a lot of potentials if the displays, both actually, will work without any issue. Durability is always a concern and opening the smartphone, hopefully, gives us an idea. Cross your fingers this won’t be at the same level as the Note 7 fiasco.

To start the Samsung Galaxy Fold teardown, open the device by adding a little to soften the glue. The back covers are removed right away to reveal the inside.

The design is complicated inside so we’re not expecting this one will be easily repairable. Rightly so, IFixit gives it a low score of 2 on the repairability meter.

The wireless charging coil and antenna are first to be seen. Looking at one half of the phone, it looks just like any ordinary Samsung phone. The thick phone features a unique hinge that hides all the mystery and perhaps (we’re guessing) is the cause of the display problem.

There are two batteries covered with lots of glue. Sure, they’re secure but difficult to remove. There are separate board setups on either side that hold most of the components.

Both displays are glued to thin metal support plates adhered to the frame of the device. The spine doesn’t have any adhesive.

Check out the complete teardown process on IFixit. See how fragile the Galaxy Fold is.