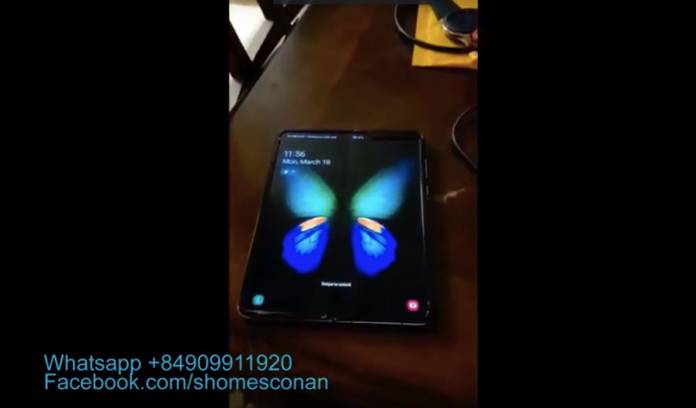 The Samsung Galaxy Fold is out. It’s coming and we already told you what you need to know before it’s released officially in the market. The design and features were detailed in a demo video and we were told it’s rolling out next quarter with a high price tag. It’s not the only foldable phone by Samsung as more are in the works. We haven’t decided yet if it’s better than Huawei’s but the South Korean tech giant has been saying its design is better.

One demo video of the Samsung Galaxy Fold on YouTube shows the possibility of the foldable phone being unlocked. It never crossed our mind to unlock a phone we haven’t touched but ‘phoneoftime’ is generous enough to share to the world what can be done.

A Samsung Galaxy Fold (model F900U) is locked on AT&T. The video here shows how the phone asks for the Unlock code once a non-AT&T SIM is placed.

Apparently, the Youtube video appears to be a promo of the procedure. We’re not complaining and we want to try this one as soon as possible.

Here are the steps on how to unlock the Samsung foldable phone:

1. Check imei of phone
2. Insert a sim card for checking.
3. Make sure the battery is at least 10%.
4. Windows with reliable internet is recommended.
5. Install Teamviewer software or USB Redirector software.
6. Wait for the premium service to do its thing on the Samsung Galaxy Fold. It will be over in 15 minutes.