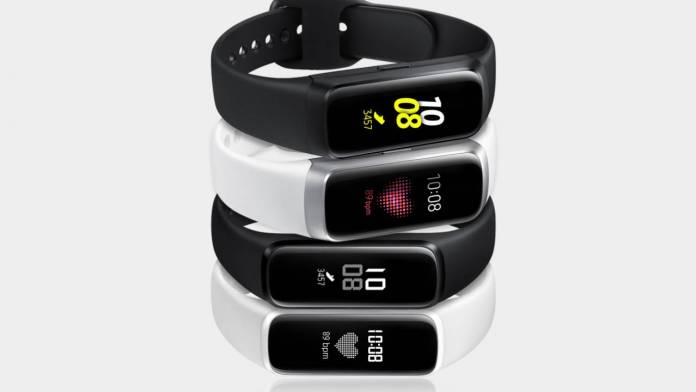 A few months ago, Samsung announced that they are coming out with a fitness tracker alongside its other wearables and now a few months later, the Galaxy Fit is finally available. It should cost you just around $99.99 and if you’re in the market for something resembling a Fitbit rather than a fully functional smartwatch, then this may be the device for you. For one thing, it’s smaller and lighter than your Galaxy Watch Actives and their other smartwatches.

At just 23 grams, the Galaxy Fit is one device that you can wear all day (and night) long without feeling the drag on your wrist. And since it’s more a fitness tracker than a watch, it only has a 0.95-inch display with full color 120 x 240 resolution. It does have Gorilla Glass on top in case you’re worried about it being protected when you do your workouts.

Battery-wise, it only has 120 mAh on account of its size but Samsung claims it will last up for one full week on just a single charge. But if you’re planning to use it a lot to track any of the 90 different types of exercises that it supports, expect it to last a bit shorter than that. It can automatically detect and log your performance on exercises like walking, running, cycling, elliptical machines, or dynamic workouts.

It can also track your sleep data as well as your general movement. You can also store information like water and caffeine data and even stress tracking and all of this information is synced to the Samsung Health app. It also has some core functionalities for wearables like alerts and messages from your connected smartphone as well as alarms, calendar appointments, and the weather.

The Samsung Galaxy Fit is now available in retail stores for just $99.99. You can choose from either a black and silver version. And it’s also water resistant at 5ATM so that’s a plus point for it, aside from the size and the price point.