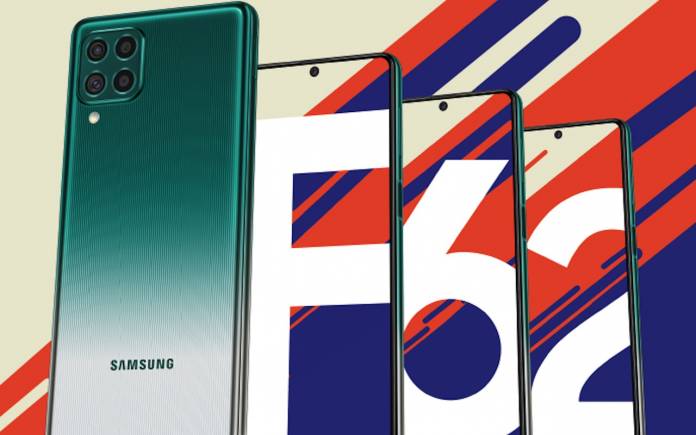 This month started with the specs of the Galaxy F62 specs being leaked. The list included a 7000mAh battery. That alone is impressive but Samsung has more in store for the public. The South Korean tech giant has officially announced the new Galaxy F series phone in India. It is now ready with a 64MP quad camera, flagship 7nm Exynos 9825 chipset, and the large capacity 7000mAh battery as promised. The phone is ideal for the millennial and Gen Z customers who need phones that can last the whole day and capture every important memory.

Samsung India will start selling the Galaxy F62 in the country beginning February 22. It’s priced at INR 25000 which is about $344 in the US. That is a good price already considering the battery.

Samsung India’s Director for Mobile Business Aditya Babbar said: “For the first time ever, we have coupled the flagship Exynos 9825 processor with industry leading 7000mAh battery. We believe this is a winning proposition and Galaxy F62 will become a benchmark for speed by enabling our consumers to break barriers and live life Full-on.

Flipkart will be selling the Samsung Galaxy F62. Indian consumers can take advantage of the Flipkart Smart Upgrade plan if they want to purchase the Galaxy F62. With Flipkart’s Galaxy Forever, you only need to pay about 70% of the price of the device. You can have the phone exchanged for a new model or keep the same phone. You only need to pay the remaining balance of 30%. 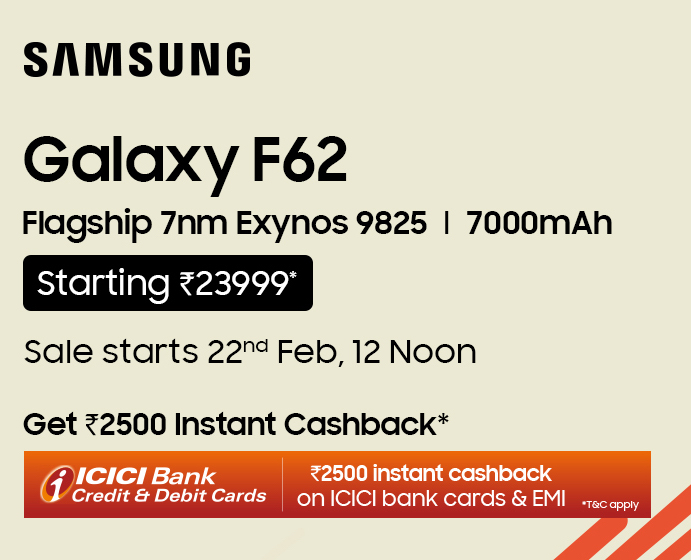 The selfie camera is 32 megapixels. Other camera features include ‘Single Take’ as part of Intelli-Cam and AI that can take 14 different images and videos in one take. Just hold the phone for 15 seconds while it captures the photos and videos.