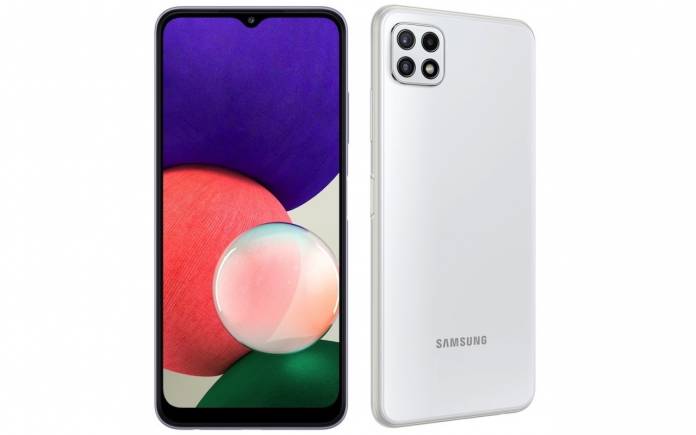 Over a month ago, we saw some hands-on photos of the Samsung Galaxy F52 5G that surfaced on the web. They were shown off a few weeks after the Galaxy F12 and Galaxy F02s were launched in India with features to lure youngsters. We also remember the Galaxy F62 which is basically just the Galaxy M62. The Samsung Galaxy F series is popular in India and looks like another model will be introduced. We’re looking at the Galaxy F22 as per a source.

The Samsung Galaxy F22 specs have been sighted on a certification. This means the phone is almost ready for release in the market. It’s just an entry-level smartphone but one we believe will sell because of the features.

The Samsung Galaxy A22 and Galaxy F22 are indeed very similar. They are actually listed under the exact same certification with the same details: Bluetooth 5.0 with LE, aptX, SBIC, aptX-HD, and LDAC wireless audio codecs. The Galaxy F phone is expected to roll out in India via Flipkart.

The features of the Galaxy F22 could be the following: 6.4-inch Super AMOLED screen, HD+ resolution, 90Hz refresh rate, MediaTek Helio G80 processor, 4GB or 6GB of RAM, 64GB or 128GB onboard storage, headphone jack, and a microSD card slot for memory expansion up to 1TB. Just like the Galaxy A22, it comes with a side-mounted fingerprint reader. Battery will be 5000mAh with 15W fast charging. When it comes to imaging, there is a quad rear camera setup that is composed of a 48MP + 8MP + 2MP + 2MP shooters plus a 13MP front-facing camera.