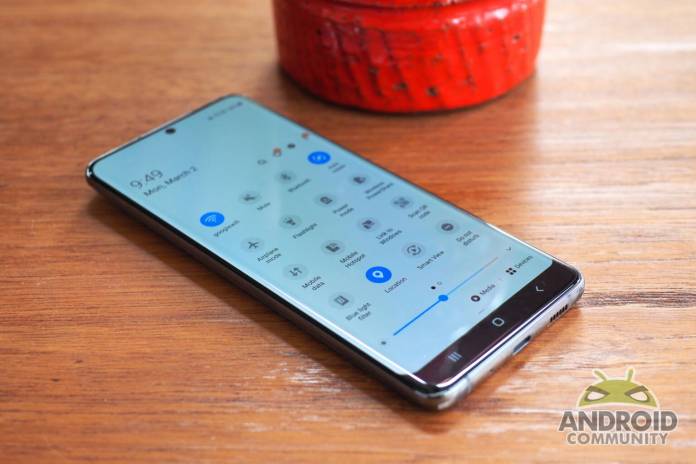 Samsung is pushing out June 2020 Android security patch for the Galaxy series phones along with other devices. The update is being rolled out to units around the globe in a phased manner with some users receiving them first than the others. This update started rolling out for Galaxy A50, Note 8 and Xcover Pro initially followed by Unlocked Galaxy S10 and Galaxy Note 10. Around the same time, Galaxy S20 units powered by the Exynos processor started getting the update too. Galaxy Z Flip and the Galaxy A30s devices have also started receiving the update now.

The foldable phone by Samsung is still on the top priorities of the company and it shows, the device is receiving June 2020 Android security update. The build number F700FTBS1ATE3 software package sized 203.09MB is being rolled out. The users worldwide should get a prompt to install the update any soon. Also, the US Galaxy Z Flip variant (model no SM-F700U) should be receiving the updates shortly.

The mid-range Galaxy A30s is receiving the security update as the firmware version is pushed up to A307FNXXU2BTE4 from the A307FNXXU2BTD1. The latter is a big leap from Android 9 to Android 10. For starters, the update is prioritized for users in Israel followed by other parts of the world. The update should fix the minor vulnerabilities in the Android OS and Samsung launcher.

Couple of days ago the security update for flagship Galaxy S20 series was also rolled out for both LTE and 5G models. The firmware version is updated to G98xFXXS2ATE7 with the June security patch in more than 21 European markets. The update is currently being rolled out in more regions and users should soon be prompted to update the devices.

The June security patch is rolled out in the US for unlocked Galaxy S10 and Note 10 series phones. The firmware update for these phones is G97xU1UES3DTDD for Galaxy S10 devices and N97xU1UES3CTE5 for the Note 10 series. This update also accompanies the fixes to the bugs in OS and the overlay Samsung software.

Galaxy A50 and Note 8 and Xcover Pro updates

Followed by the S20, S10, and Note 10 series phones, the Galaxy A50, Galaxy Note 8 and the Galaxy Xcover Pro are also receiving this update with firmware numbers – A505FNXXS5BTF1, N950FXXSBDTED and G715FNXXS4ATE1, respectively.

For all the above-mentioned devices the users should get a prompt to install the updates. You can also check to see if the update has arrived on your phone or not by going to ‘Settings’ then ‘Software update’, and then tap ‘Download and install’ if it has arrived.