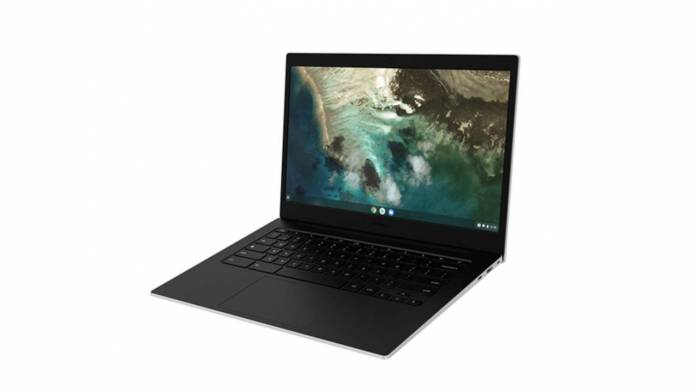 The Samsung Galaxy Chromebook Go is now available. The South Korean tech giant has always been regular when it comes to introducing new Chromebooks. There is a new affordable model you can consider buying if ever you’re looking for a budget-friendly notebook. In this time when people are encouraged to stay at home, a laptop is very much in demand. Adults and kids alike need gadgets to connect to the outside world and be kept entertained. Samsung offers the Galaxy Chromebook Go as a worthy solution.

The Samsung Galaxy Chromebook Go is now available with WiFi only. It’s a budget device that will later on be released with LTE for those who may need to be on-the-go. It boasts a decent 14-inch TFT screen with 1366 x 768 resolution. The body is attached with a 180-degree hinge so you can lay the device flat.

Price of the new Samsung Galaxy Chromebook Go starts at $299.99. However, it’s currently at $129.99 on the official Samsung store. AT&T and Verizon are also expected to release the LTE model of the device.

Other specs of the Galaxy Chromebook Go are as follows: Intel Celeron N4500 CPU, 4GB or 8GB of RAM, 32/64/128G B storage, microSD slot for memory expansion, headphone/mic combo jack, WiFi 6, USB 3.2, and a pair of USB Type-C ports. The notebook runs on a 5480mAh battery. On a single full charge and standard use, the laptop can last up to 12 hours.