When we got our hands on the first generation Samsung Galaxy Buds, we thought there would be kinks, but Samsung surprised us by imbibing the lessons that the AirPods taught. Some of the downsides to the Galaxy Buds included limited recharge from the case and the fact that the iPhone experience is less comprehensive. Our overall verdict for the former iteration is that the Galaxy Buds promise the convenience of AirPods and in many ways offered the customization aspect that Android fans are crazy about.

New iteration means new pricing as well, the $129 Galaxy Buds now pump up to the Samsung Galaxy Buds+ at $149.99. Not too much of a price jump, but the question is, what does the extra $30 get you. Well, it brings you noticeably improved audio quality and the in-call audio is fairly better. No more complaints against the battery life and the iOS app gives iPhone users more features.

This brings us to the cons. No escaping the dark side, we tell ya! The major grouse according to us is that active noise cancelation is still missing. The touch controls have a mind of their own – at least our unit did, and of course, the IPX2 water-resistance rating is low. Sharing the limelight with the Galaxy S20 series and the Galaxy Z Flip at Unpacked 2019, there is a good amount of ink that we can spend on talking about these earbuds. Read on.

Pulse on Design and Upgrades

The Samsung Galaxy Buds offered a good fit, and the Galaxy Buds+ maintain this position as each earbud has a shiny finish. Although a tad heavier than before, the earbuds sport a pearlescent touch panel on the outside along with a shiny case. Available in white, blue, and black finishes, the Galaxy Buds+ come in a little smaller case. 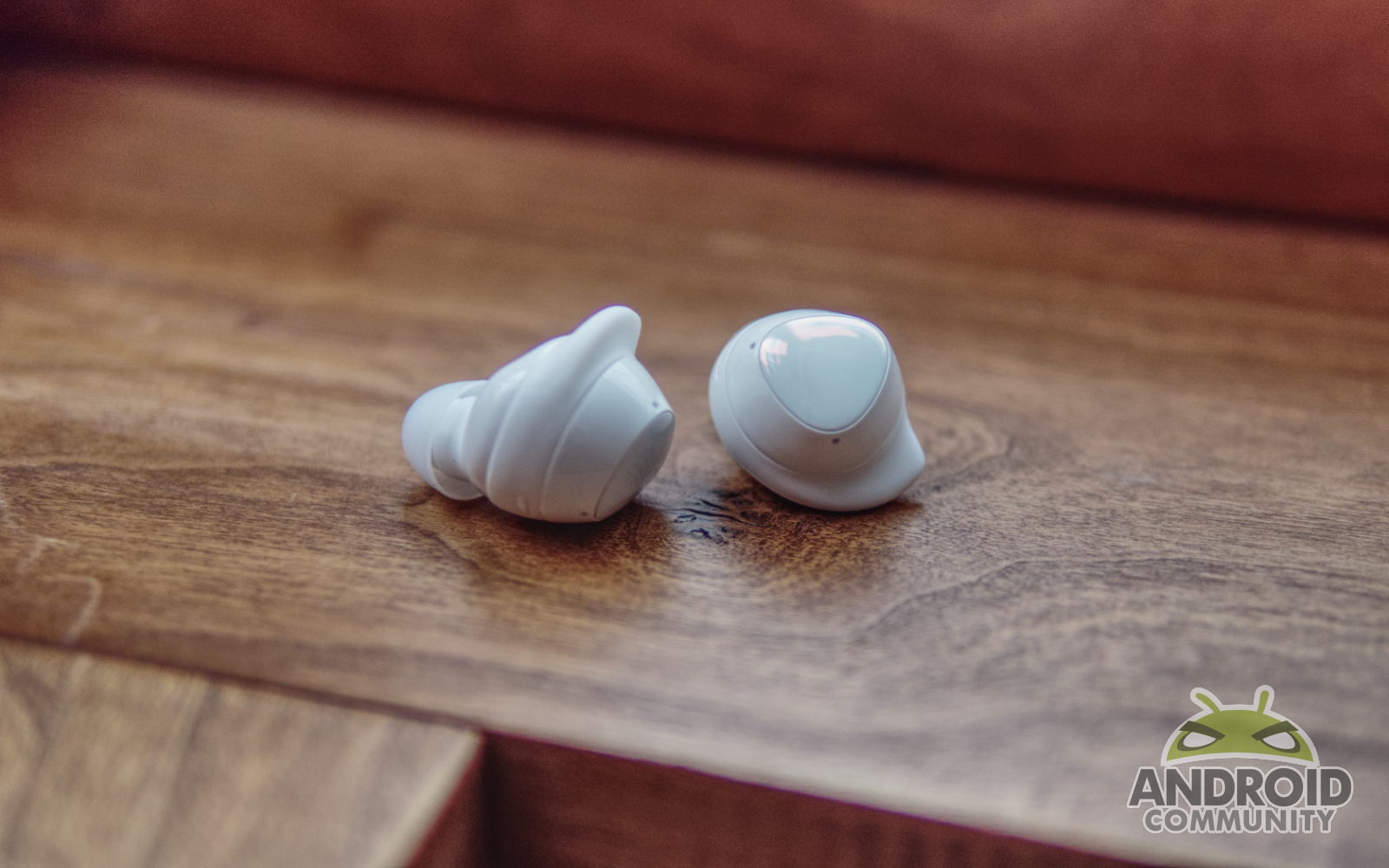 As far as the audio quality goes, the Galaxy Buds+ sound better thanks to the two drivers inside (a separate tweeter and woofer), instead of just one. Pumping up the jam is the inclusion of three microphones, which means that there is an inner mic and two outer mics. Of course, the outer mics are used for beam-forming.

Somethings haven’t changed, for example, you still control the earbuds by tapping the touch panel. For play and pause, you use a single tap, for skipping a track ahead or to answer calls, simply double tap. A triple tap skips back a track, while the long-press can be customized according to your needs – adjust the volume, summon your voice assistant or if you use Spotify on Android, you can use this feature to trigger a customized playlist.

As mentioned earlier, we are not too gung-ho about the touch response, which has proven to be a bit finicky for us. There were times when the Galaxy Buds+ recognized the double tap as a triple. However, we are hoping that consistent usage will help the kind of individualistic taps register with the buds, and thus respond accordingly. 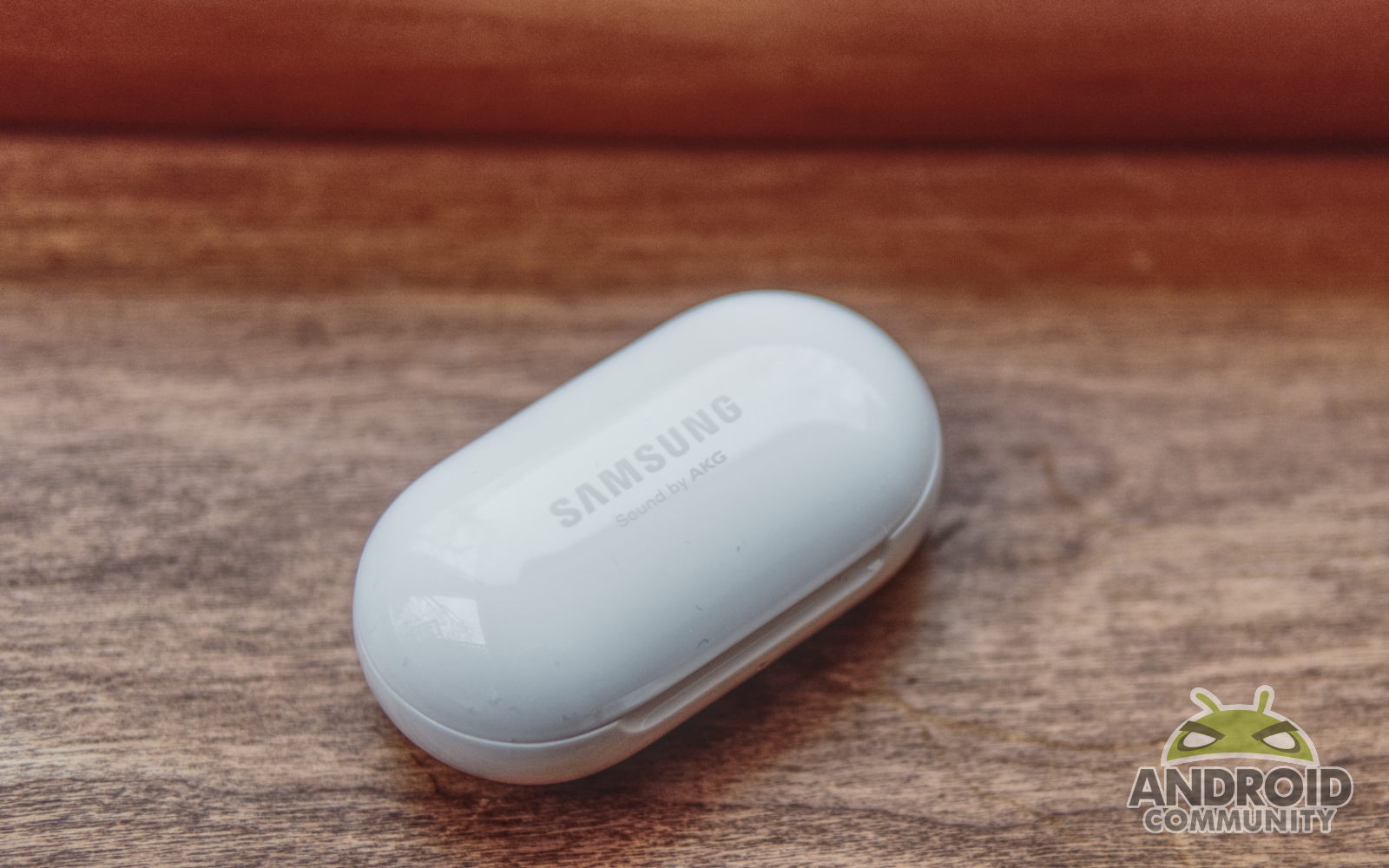 Although the old Galaxy Buds played well, and sounded good, adding the second driver in each earbud has turned out to be a good idea as it notches up the audio quality. A cleaner bass and a generally more balanced sound are music to our ears. The AKG-tuned low-end helps those who enjoy pulsating music.

In general, Samsung’s bass isn’t the heaviest we’ve heard – you may want to tinker with the many EQ settings in the app – but they escape distortion. The high-end gains are vibrant enough to suits vocls and brighter instruments. We were very satisfied with the beam-forming dual external microphones that helped solve the voice calls issues encountered with the old earbuds.

Where the old earbuds probably encountered the most complaints was in voice calls. Here, the beam-forming dual external microphones work their magic, and the Galaxy Buds+ are much improved. In noisy settings – like in an office or the street – callers were much more likely to be able to hear me. 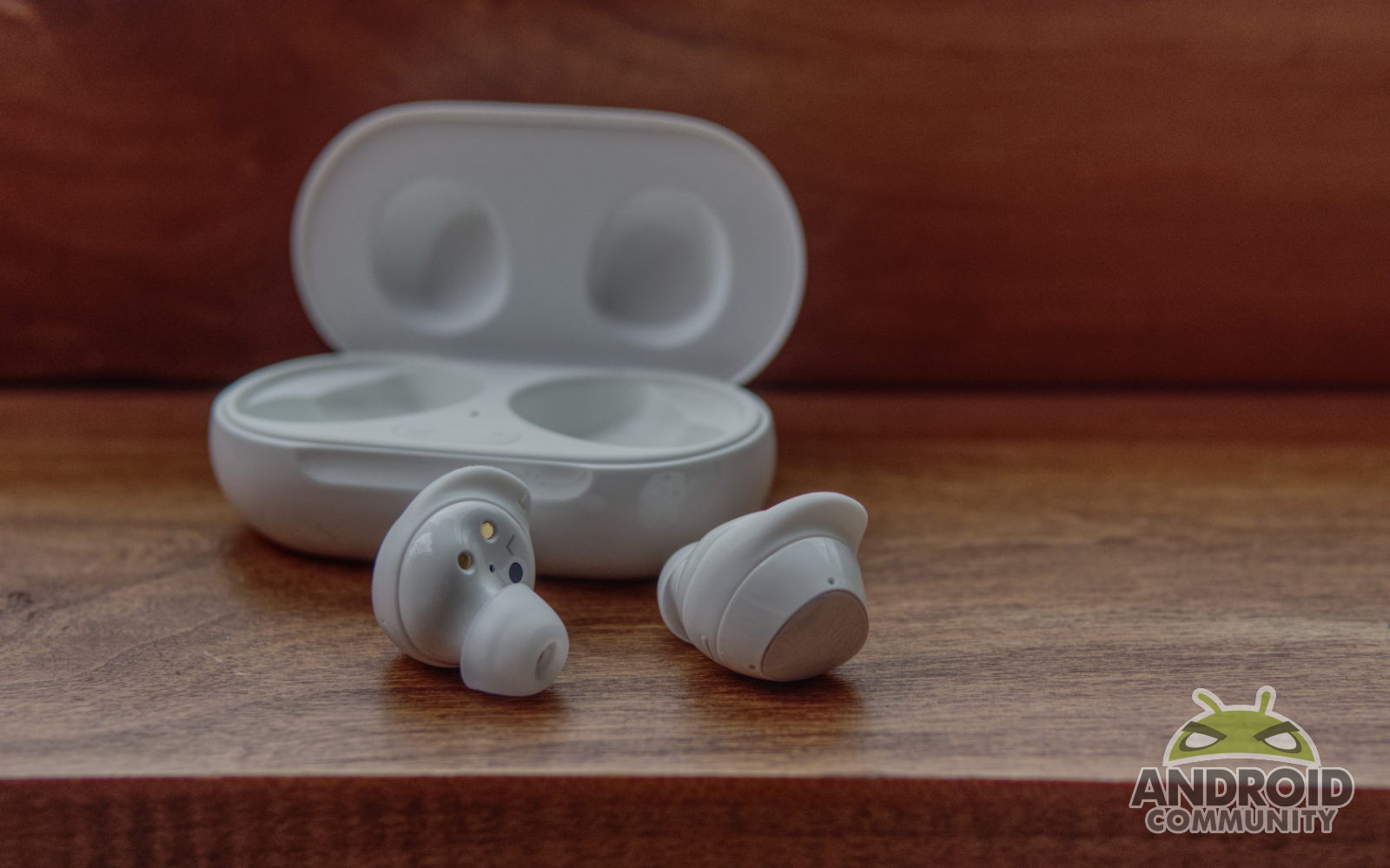 Although with the Galaxy Buds+ work in noisy settings and callers are able to hear you above the noise, expecting aural isolation to help you cancel ambient noise from our surroundings is expecting too much. Even the AirPods Pro have ANC, so it baffles us why Samsung dismissed this critical feature. To ensure a snug fit you will have to rely on the three sizes of silicone ear-tip and three sizes of fins. All of these are interchangeable, and we recommend against using them on a bustling street where you need to hear some ambient noise for sure.

Galaxy Buds+ are controlled via Samsung’s Android app or the new iOS app. The old Galaxy Buds worked with the iPhone but tweaking some features was not possible. With the Galaxy Buds+ comes a special app that gives iPhone owners access to almost all of the settings that Android users have. Now you get to pair the Galaxy Buds+ automatically with any device signed into the same Samsung account.

We are pleased to report that the battery life of the Galaxy Buds+ is good. What this means is that we are moving from the six hours of music playback (a further seven hours from the battery case) to 11 hours of music, and an additional 11 hours from the case. Two-hours shy from a day (or the AirPods Pro’s numbers), it hardly makes a difference at the macro level. A three-minute charge gives you enough for an hour of music playback. Thankfully you can use USB-C charging or opt for Qi wireless or a recent Samsung phone with Wireless PowerShare to juice it up.

The truth of the matter is that AirPods Pro earbud is rated to last for 4.5 to 5 hours. This figure fluctuates on the usage of ANC and the battery in the case holds multiple charges. However, calls can be interrupted, especially if you are on long con-calls, to top-up the power. On the other hand, with the Galaxy Buds+ you can go through a whole workday without having to charge or top-up the device.

In layman terms, we think its un-cool of Samsung to ditch AMC and the fact that the IPX2 water resistance, stays the same as the old earbuds. The extra bucks buy you a gym session but not a dance in the rains. We are happy with the longer battery life, better sound quality and the improvement of in-call audio. Overall, we had a very satisfying experience while using the earbuds.