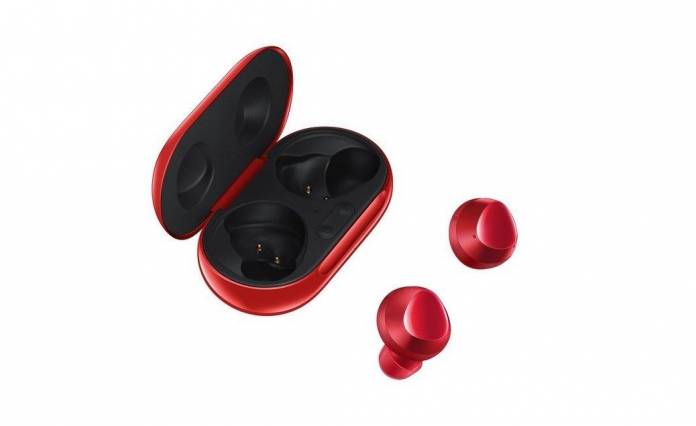 If red is your favorite color, you might have had color envy when Samsung announced that they would be releasing a red variant of their Samsung Galaxy Buds+ in South Korea. But if you live in the U.S., you will now have the opportunity to get the shiny red earbuds as they have announced that it will now be available through their own website, Amazon, Best Buy, and other major retailers. This variant doesn’t have anything different from the original except for its color.

The Galaxy Buds+ is one of the best-reviewed truly wireless earbuds, despite not having the much-requested active noise canceling feature. But quality-wise, people seem to like it so far. It is Ambient Aware so you can filter-in important sounds from the outside world so you can still be aware of your surroundings while listening to your favorite tunes or podcasts. Battery life has also been improved as you now get 22 hours if you include the fully charged wireless case.

The red variant was first released in South Korea last month but now those in the U.S. will be able to order the deep red Galaxy Buds+ for themselves. While you can already submit your orders, it seems like it’s out of stock or maybe they’re just delaying the shipment or delivery. If you order on Samsung’s website, they’re estimating that it will start shipping by March 20 so you’ll have to wait around a week to get the earbuds.

Aside from the aforementioned features, the “premium sound by AKG” will bring listeners a dynamic range because each of the buds has a woofer and a tweeter inside. It also has a built-in microphone so you can use it to give Bixby commands. It has Bluetooth v5.0 with an LE up to 2 Mbps. When you buy the Galaxy Buds+, you get the charging case, earbuds, eartips with various sizes, wingtips with various sizes, and USB cable.

The price of the red variant of the Galaxy Buds+ is similar to the original version at $149. Other colors available are white, cosmic black, and cloud blue.