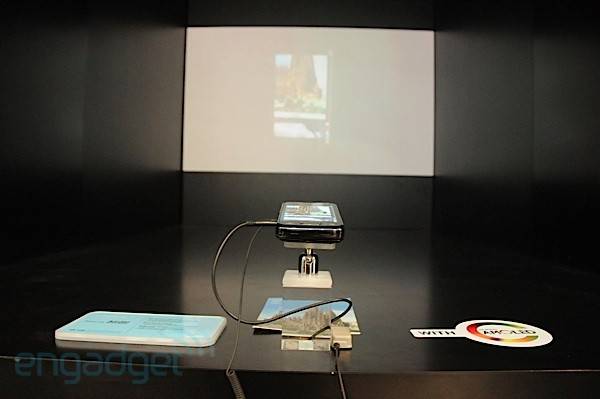 Projector phones were supposed to be “the next big thing” in the evolution of cell phones. So far, that hasn’t been the case, there was a non-Android based projector phone released here in the
US recently. Needless to say it didn’t do so well as far as sales goes. I personally haven’t seen one in the wild since it was released. Can Samsung break this technology into the mainstream with the Galaxy Beam?

This handset will launch first in Singapore this July. Like the Galaxy S, it could make its way around the world. It is expected to launch here sometime in the future, most likely on AT&T since it already has their 3G bands.