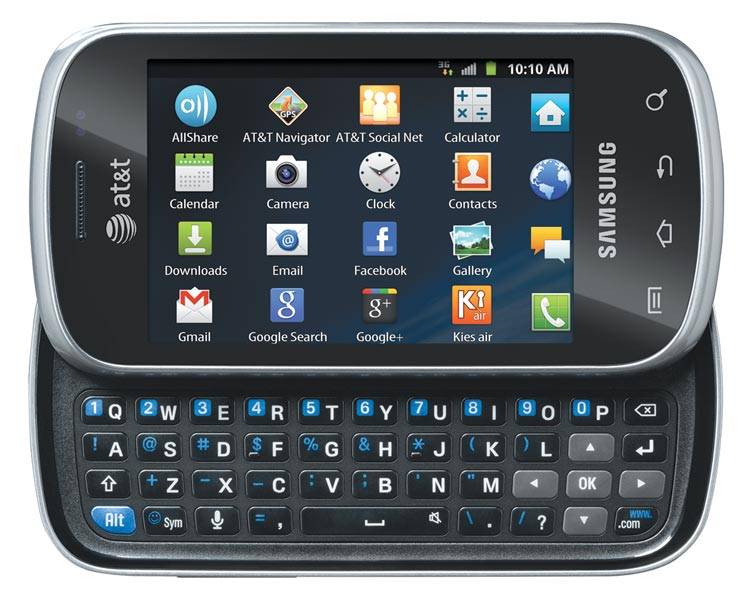 If you’re the type of customer that likes to follow the prepaid path rather then signing your life away for 2 years the folks from AT&T have just released what they hope will be an “appealing” phone. The new QWERTY slider smartphone called the Samsung Galaxy Appeal was just announced and is headed to their prepaid lineup.

The Appeal is a rather low-end budget-friendly smartphone running on Android 2.3 Gingerbread and might be just what you’re looking for. It only comes with a 3.2-inch HVGA display, an 800 MHz single-core processor with 512MB of RAM and a decent 3 megapixel camera, but should be great for kids and plenty for those Angry Bird fans.

The phone is rather small but we wouldn’t call it sleek because it does offer a slide-out QWERTY keyboard, so it should be a big hit with the heavy text message users. The all new Samsung Galaxy Appeal prepaid offering will hit Walmart first come June 5th and then be available from other retailers and AT&T on June 15th for around $149 outright, with no contracts required.