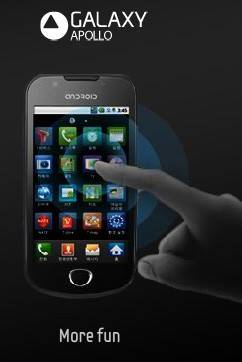 Here’s another solid Android offering from Samsung, the M100s. this handset is available for South Korean Android fans. But it could make a global world tour similar to the Galaxy S. it recently popped up on Samsung’s British site as the Galaxy Apollo.

This handset features a feature a 3.7-inch WVGA AMOLED display, 5MP camera, 802.11n Wi-Fi and Android 2.1. There’s also a T-DMB mobile TV tuner but this feature may be omitted if it does make its way out of South Korea. There also appears to be a front facing camera, all of these specs are subject to change. It is listed as “coming soon” after all.