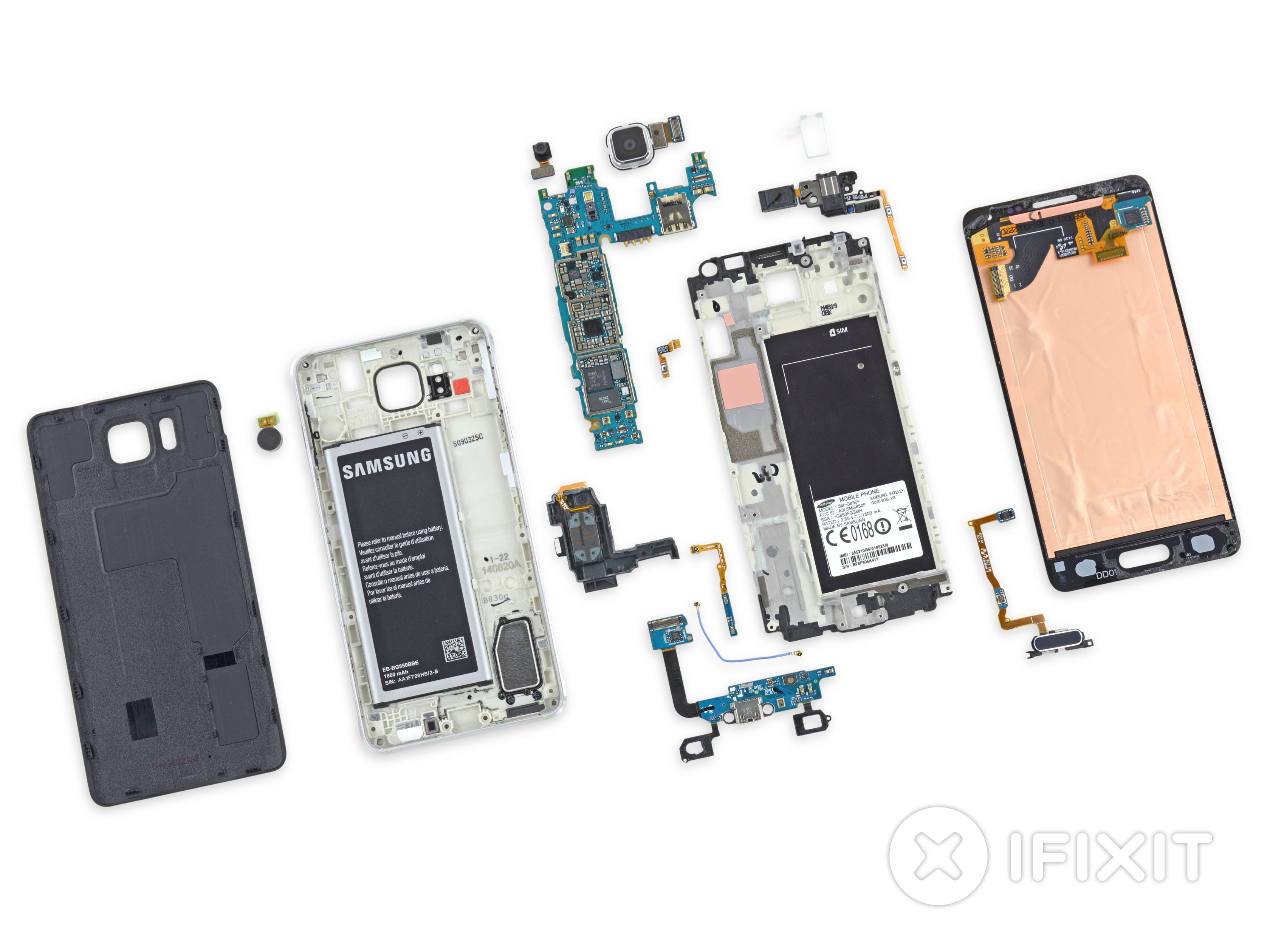 So we’ve been a bit disappointed with the specs of Samsung’s new “premium feel” device, the Samsung Galaxy Alpha – a device which marks the first time the Korean gadget giant has been willing to ditch plastic for a more “fruity” metal design. Maybe Samsung was doing an “anything you can do, I can do too” with Apple, hence a spec line that doesn’t really stack up to flagship level. Popular teardown specialists iFixit give the new metal-bound phone the full treatment.

As we have mentioned many times before, the Galaxy Alpha was built to “feel” like a premium phone, and for all intents and purposes it has achieved that. The phone has a decent enough processor and RAM combo – the international version torn down by iFixit rocked an octa-core Exynos chip with presumably 2GB of RAM. The middling 720p display is where it was scaled down from the 1080p display of the flagship Samsung Galaxy S5, as well as the 1,860mAh battery. For comparison though, this battery is still better than the iPhone 6’s 1,810mAh power source. 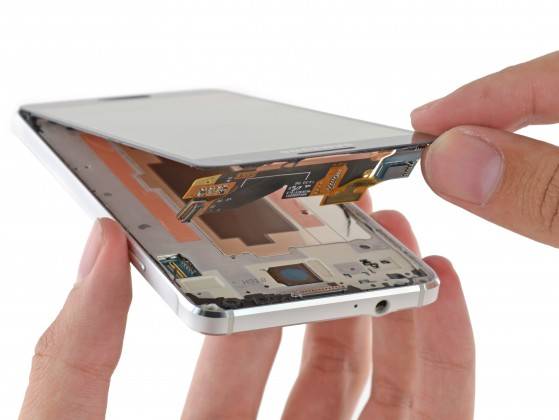 The iFixit teardown shows that the Galaxy Alpha has inherited the Galaxy S5’s midframe sandwich design when it comes to internals, although Samsung seems to have done away with the IP67 waterproofing here as there are no waterproofing measures seen on the inside of the Galaxy Alpha. The new phone also has a very tedious “display first” entry into the main PCB elements, although iFixit was very clear that upon entry via the display, all parts were visibly modular and could be replaced easily – once you beat the display first.

The Galaxy Alpha gets a middling score of 5 for repairability – with the tedious “display first” entry contributing to the score. But there is some redeeming value in the modular design of the PCB elements, allowing for quick repair and replacement, but only once you gain entry to the main PCB area itself.