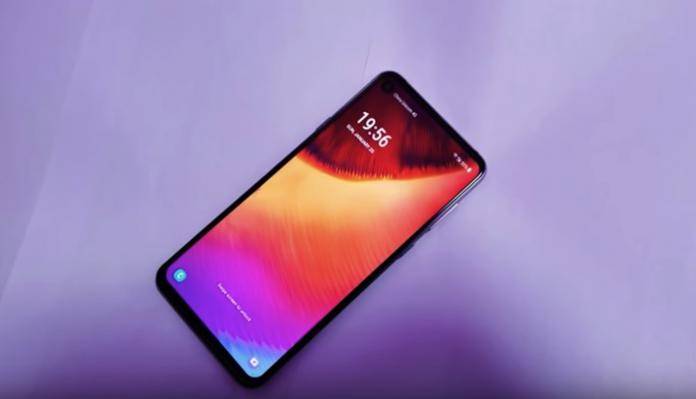 The Samsung Galaxy A8s is the South Korean tech giant’s first foray into the camera-hole display era. Okay, it hasn’t really started but we commend Samsung and Huawei for bravely coming up with phones with the new tech that allows an almost bezel-less display sans the notch. The notch design is relatively new but we think the cutout hole is much better. At this point, we only know the Huawei Nova 4, Honor View20, and this Samsung Galaxy A8s.

The phones are already out but what we don’t know is that the Samsung Galaxy A8s’ camera hole is actually touchable. When you touch the camera area, some animation can be shown.

It’s no longer a secret but we don’t remember Samsung sharing that information. One of our favorite Chinese leaksters, Ice universe (@UniverseIce), shared the secret that the selfie camera is touchable.

The camera isn’t exactly a screen area but it responds to touch. Since the Galaxy S10 series is said to have the same Infinity-O display, we can assume it will also have the same animation.

Watch the screen demo below:

It doesn’t look fake. It’s real. We can imagine the animation being customized.

That swipe down from the top left of the screen looks cool. We wonder if the Huawei Nova 4 or the Honor View20 have something similar.

Maybe you don't know this secret: the camera of the Samsung Galaxy A8s is also touchable, although it is not a screen area. it is concluded that the Galaxy S10 remains the same.https://t.co/QHFNDth5FV