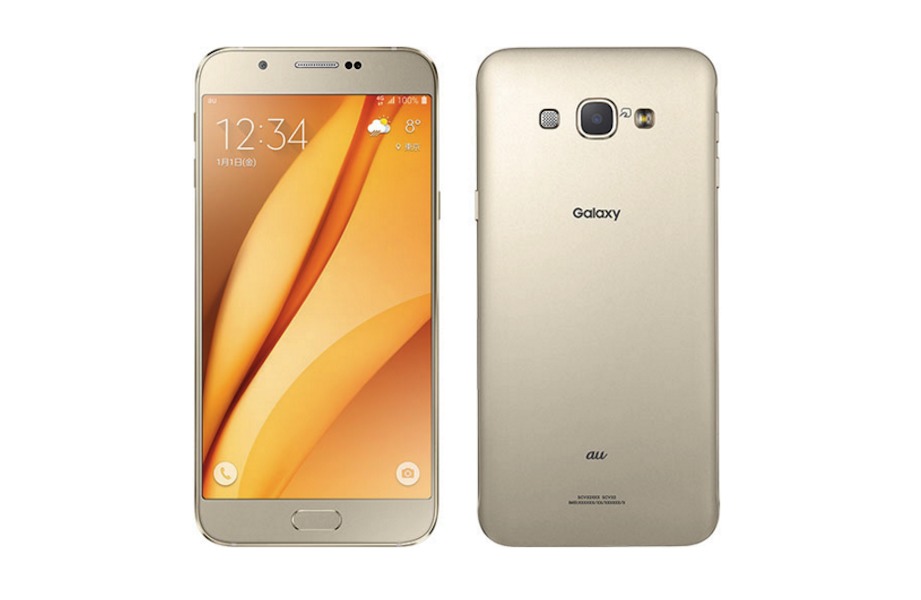 A new version of the Galaxy A8 is arriving very soon. It’s only a matter of time before Samsung officially announces the phone globally but for now, we managed to get some details from Japan as the phone has just launched in the country. If you’re wondering how else can the South Korean giant redesign the Galaxy A series, you’d be surprised to know that there are many ways. Aside from the Galaxy A3, Galaxy A5, and Galaxy A7 that were announced recently, the Galaxy A8 is ready, at least, the Japanese version.

The Japanese Galaxy A8 is equipped with an Exynos 5433 processor instead of a Snapdragon 615 processor. Well, there’s an Exynos 5430 version shown off earlier but the small difference of the chip matters. It may not be noticeable to mobile users but we’ll know during reviews and benchmark tests. Features of the Samsung Galaxy A8 include a 5.7-inch Super AMOLED display screen, 32GB built-in storage, 2GB RAM, 4G/LTE connectivity, WiFi, GPS, Bluetooth 4.1, 16 megapixel main camera, 5MP selfie shooter, NFC, and a 3050 mAh battery.

The 2016 version of the smartphone measures 158mm × 76.8mm × 6mm and weighs 153 grams. It looks really sleek and slim but don’t be deceived. It may seem fragile but the insides are just as powerful. The new Samsung Galaxy A8 is available in gold, white, and black variants.

You see, Samsung is trying to make Galaxy A8 slightly different although we admit it reminds us of older Galaxy phones. Still no word on pricing and availability but it should be ready in Japan this December.