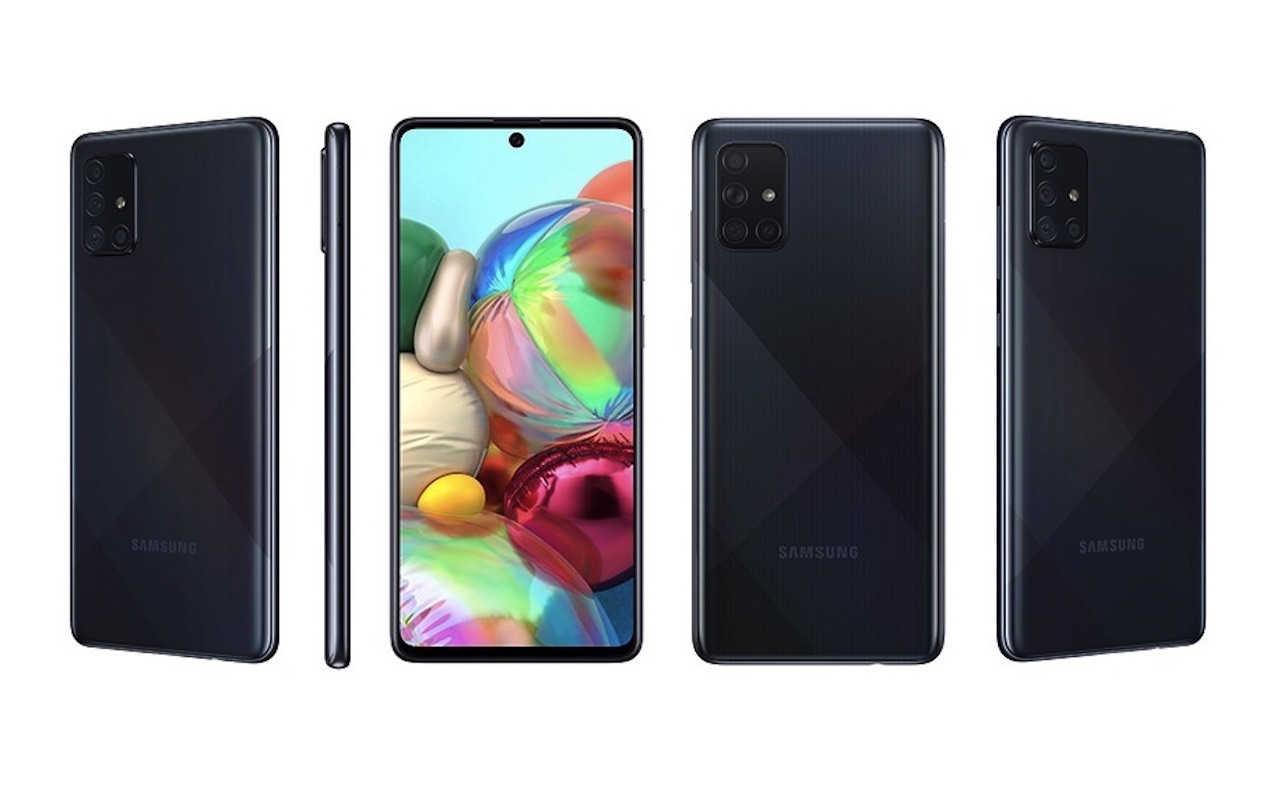 Samsung’s Galaxy A71 has been teased before the year 2019 ended. Renders and a 360-degree video surfaced before that and it was finally released as a mid-range phone together with the Galaxy A51. The phone already received an update in South Korea, bringing the Dual Video Call feature. Now we’re learning its 5G variant is coming to Verizon powered by a Qualcomm Snapdragon 765 processor. It’s mainly similar to the 4G LTE version when it comes to specs and features except for the 5G model having faster mobile Internet connectivity and an upgraded processor.

From the Samsung Exynos 980-powered version in South Korea, the US model is now on Snapdragon 765 or Snapdragon 765G by Qualcomm. It’s been certified by Bluetooth SIG recently so we know it’s coming very soon.

The Galaxy A71 5G is only an upper mid-range phone. Don’t expect a Snapdragon 865 version because Galaxy A series phones are really just mid-rangers. Geekbench also confirms that it will have Snapdragon 765.

The Samsung Galaxy A71 5G is said to launch sometime in June or July. The Verizon and non-Verizon models will be available in summer. Expect the Galaxy A71 5G to be a direct rival of the Pixel 5 from Google.