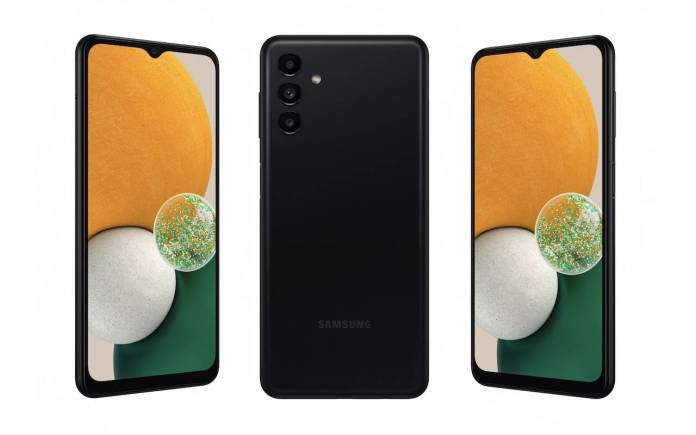 As early as September and as soon as the new Galaxy Z foldable phones were launched, we have heard about the upcoming Galaxy A13. The 5G phone was anticipated to arrive with a 50MP camera and a 5000mAh battery. Images and specs were leaked ahead of launch. The primary camera was confirmed and then we learned the phone would only run on Android 11 out of the box. The device has finally and officially arrived in the United States this week.

The name says it all, the Galaxy A13 is a 5G phone offering. It’s only mid-range device but it offers fast 5G connectivity, long battery life, and premium quality camera features. The new Galaxy 5G phone is affordable, innovative, and powerful.

There is a triple rear camera system that allows you to take high quality photos and videos at such price point. The Galaxy A series is a worthy alternative if you don’t want to spend much on a Galaxy S or Galaxy Z phone.

The phone comes equipped with a large 6.5-inch Infinity-V screen with adaptive 90Hz refresh rate and HD+ resolution. The result is clear, smoother, and crisp display whether you’re watching your favorite movie or playing video games.

The phone also comes with 64GB onboard storage. It’s expandable up to 1TB via a microSD card slot. As with most Samsung Galaxy phones, this one also comes with Wi-Fi 802.11 a/b/g/n/ac, Knox Security, Samsung Pay, 5G Sub 6, and a side fingerprinting sensor. The 3.5mm headphone jack is still available. The phone will run on Android 11 out of the box.