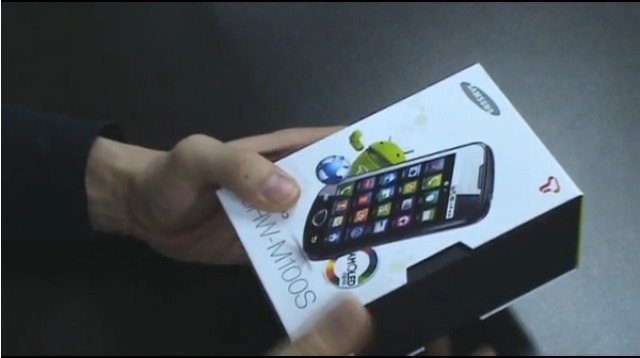 So, while the rest of the world is waiting for the Galaxy S to hit store shelves, the Galaxy A has already been snagged by one lucky person out there, and they were happy enough to put a camera in the same room where they unboxed it. Lucky us, right? So if you’re interested to find out what the Galaxy S will look like, minus the whole Korean text and voice over, then check out the video after the break.

First and foremost, the screen is impressive. Far more impressive than we could have imagined it would be. While we didn’t initially think that the difference between AMOLED and AMOLED Plus would be minor, at least in real world practice, but there’s an obvious jump in quality. The colors pop off the screen even more than they did before. And the phone just looks sturdy. And, just for the region it’s in, the Galaxy A comes with a full-on TV antenna.

The Galaxy A isn’t coming to the United States, so we’ve got to keep our fingers crossed that the Galaxy S is still coming here, whether that’s unlocked or not. The 4-inch Super AMOLED, Android 2.1-powered, Hummingbird equipped handset is definitely on our radar, and we want to get our hands on it more than we can say out loud. So, hopefully you’ll wait with the rest of us.