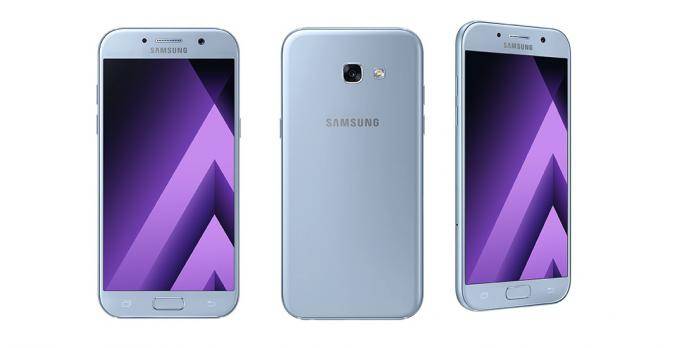 We just heard of the Samsung Galaxy A9 Star Pro coming with four cameras but another Galaxy A phone is in the works–one with a Snapdragon 845 chipset. New Galaxy A series phones were launched earlier in India. We also learned about the Galaxy A6 to be released in the US this month. There’s no certainty what new Galaxy A phone will have the premium mobile processor from Qualcomm but we’re very much curious about this because it’s almost high-end. Usually, Galaxy A devices are mid-range.

There is a possibility the new Galaxy A phone will still be considered mid-range but with premium specs. That’s something that most Chinese OEMs are offering right now. The Snapdragon 845 SoC is found in the Galaxy S and Galaxy Note devices so it’s arrival on the Galaxy A will be met with excitement which could also mean the next Galaxy S phones may have the next-gen Snapdragon or Exynos.

Samsung could test some components on this Galaxy A before they are finalized on the Galaxy S10 or Galaxy Note 10 but we’re more interested in the Snapdragon 845 idea. We’re not sure if an Exynos equivalent will also be ready but a premium-specced Galaxy A looks attractive. It may even come with an Infinity Display, metal build, selfie camera, and a dual camera system.

If the Snapdragon 845 chipset is real on a Galaxy A, we can agree that it’s really possible because Xiaomi’s newest Pocophone F1 gaming phone runs on the same Qualcomm chipset and is still considered mid-range.

Will the next Samsung Galaxy A be known as the Galaxy A9 Star Pro with four cameras? Let’s wait and see.