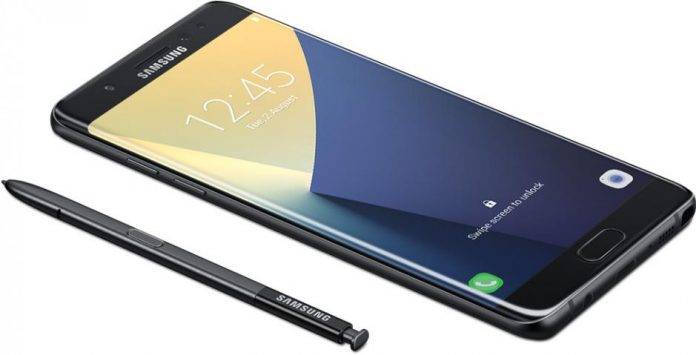 When one has caused so much trouble and inconvenience to their customers, one must also know how to apologize in style in order to still count on said customers’ loyalty. That is probably what’s behind Samsung France’s whole campaign to apologize to all the Galaxy Note 7 owners who have had their units returned and replaced. The OEM sent out apology letters with a free 128GB SD card and also a chance to win a free experience to the Samsung Life Changer Park in Paris.

The exchange and replacement program for the Galaxy Note 7 and its catchng-on-fire battery is still ongoing and if you chose to exchange your phablet with a Galaxy S7 or Galaxy S7 edge, you actually get a 100 euro discount already. But on top of that, Samsung France sent out apology letters in the mail to all the owners and they enclosed a 128GB microSD card inside. This should be pretty useful for those who aren’t satisfied with their device’s internal storage. Hopefully, the card didn’t get crushed or lost in the mail.

Furthermore, recipients of the letters were also eligible to enter an SMS contest wherein the first 1,000 people to text back will win a free trip to the virtual reality amusement place, the Samsung Life Changer Park in Paris. They can choose to either attend the December 20 or 27 events. All expenses, including logistics and transportation for the customer and a guest, will be taken care of by Samsung.

There’s no indication yet if this whole Galaxy Note 7 will thoroughly affect the Korean OEM’s brand and sales. Obviously there will be an adverse effect, but as to how bad it will be is still up in the air. But Samsung France at least thinks giving away free stuff will minimize the damage, hopefully. 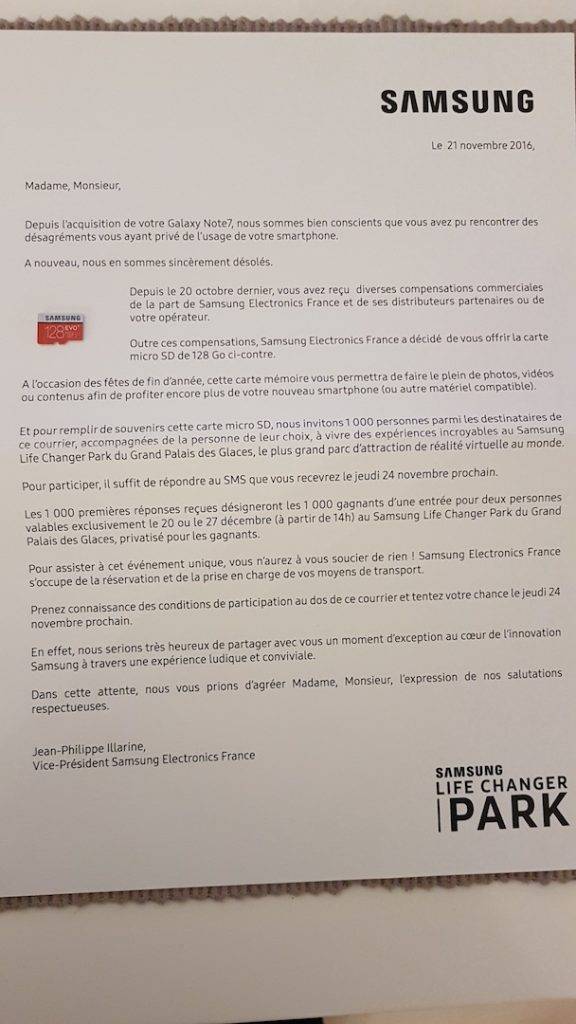