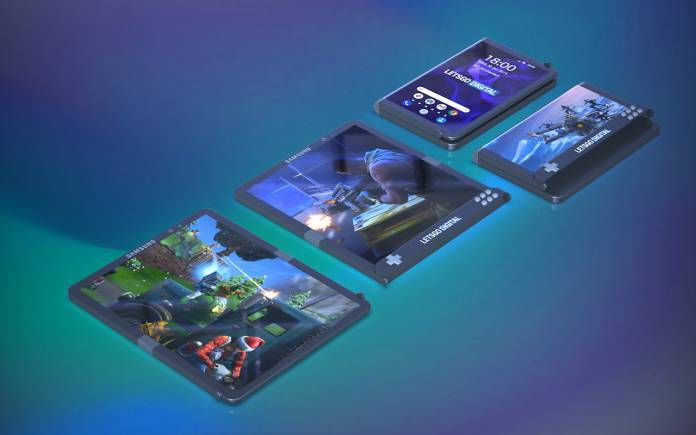 Samsung has recently filed a patent for what is said to be a gaming phone. The South Korean tech giant hasn’t really ventured into the gaming category but its premium flagships phones are powerful enough to run some of the most popular mobile games. When we text those high-end Galaxy S and Galaxy Note models, we usually open racing games. The company is said to be working on its gaming phone that won’t be like any other gaming smartphone because it will be a foldable phone.

The patent was published last January at the USPTO. It refers to a ‘Display device’ that surprisingly is also a foldable phone with gaming buttons.

Now we’re curious if this is the same foldable phone that is set to roll out in March. The renders somehow match the first unit showcased by Samsung.

The display outside is obvious when the device if folded. The gaming buttons will appear when a smart part of the screen is folded.

When the smartphone is folded, the display is on the outside. When folded, you can bend a small part of the screen, making the gaming buttons appear.