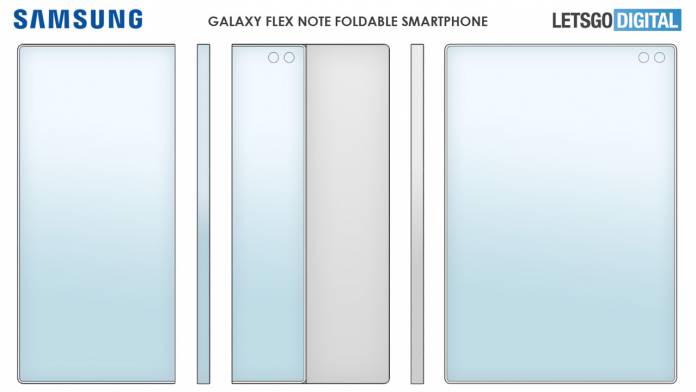 Samsung has come out all guns blazing in the foldable phone arena this year with best-in-class smartphones that both fold and flip. Now, with the company’s over inclination toward the folding form factor, the biggest loser has been the Galaxy Note lineup, which has sort of faded into oblivion with no real information on its future. Speculatively the Note series is long dead, but giving the Galaxy Note appreciators something to cheer about, a patent for ‘Flex Note’ has just appeared.

As the name suggests, this patent in all possibilities hints at a refreshed Note lineup which in terms of design will be more in the foldable space. According to LetsGoDigital, the patent for Flex Fold was filled with the China National Intellectual Property Administration (CNIPA) in October last year.

Per the patent, Samsung may be looking at the possibility of a smartphone form factor with a large display that can fold halfway around the device. In the compact form then the phone would look similar to a regular smartphone, save for a short screen on the back, and when flung open from the right, it would function as a large, tablet-style screen.

The user, as tipped, can unfold the display of such a device, to make a large screen smartphone, by swiveling the screen from the right. The screen, when completely flat would resemble a tablet display. 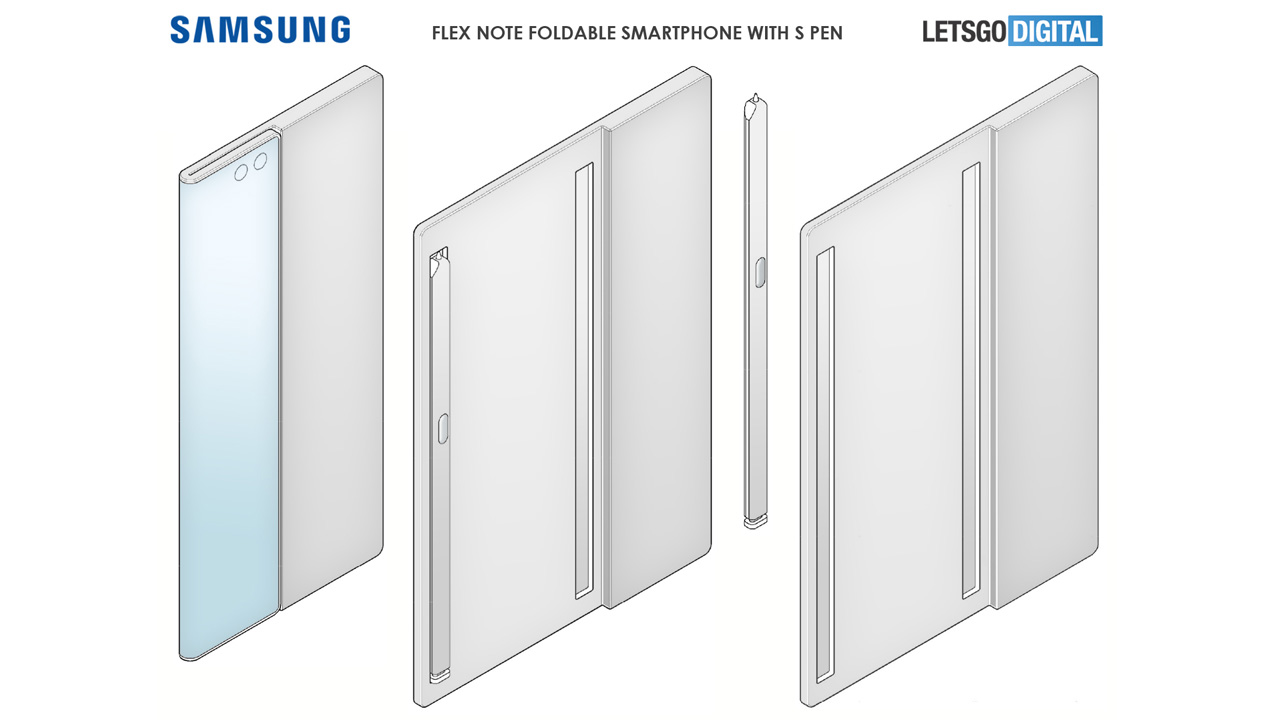 When folded close, the smartphone with the screen folding halfway through the back would leave the smartphone slightly thicker on one side. Through the patent mockups, it is evident that Samsung would have a magnetically clipped stylus on the other side to even out the thickness.

Yes, the Flex Fold could arrive with an S Pen support and a dedicated recess cutout wherein the stylus can be stationed magnetically when not in use. Another interesting thing coming out of the patent is the use of cameras. The location and layout hint at the use of under-display sensors.

The mockups suggest that there will be a dual-camera provision on the top right corner of the display in tablet mode and when folded, it wraps around on the back. This will ensure the cameras can be used for both selfie and rear camera abilities.

Even after the patent hitting the limelight, there are no specifics on the future of the Note series yet. Of course, this patent has fueled some hopes but there is no real information if the next Galaxy Note will be a folding device or not. Stay tuned for more information if you’re intrigued.