Last August, Samsung promised that they will start removing in-app pads for their first-party pre-installed apps. What they did not say though was when they would start doing so. We’ve seen the Samsung Weather app go ad-free and now two more of the apps are joining the party. Both Samsung Pay and Samsung Health are finally going ad-free which makes using the apps better now that there are no unwanted distractions. Hopefully, the other One UI stock apps will follow soon in losing their ads.

Tizen Help reports that two of the most-used proprietary Samsung apps are finally getting less crowded. Both Samsung Pay and Samsung Health will not be showing ads anymore, as promised by Samsung earlier this year. Samsung Weather was the first one to become ad-free and hopefully they’ll soon remove it from other apps like Samsung Theme. Ads on premium devices like Samsung Galaxy smartphones are annoying to say the least so at least they’re now listening to their customers.

The announcements about the now ad-free apps were made on the Samsung community forums. A “Samsung Health Operations Manager” said that users will not be able to see the banner at the top of the app, which were ads, starting October 1. A separate post from a community member also shows that Samsung Pay also doesn’t sport the banner ad anymore and included a screenshot. No news yet as to when it will roll out to the other first-party apps.

What we don’t know though is if they will also be removing the ads that they send through push notifications on their devices, promoting their other devices. This is another thing that users find really annoying especially if you don’t have any plans on buying a new smartphone since the one you’re using is just something you recently bought. These ads should be opt-in or just totally removed since Samsung does a good job of pushing their new devices through other means anyway.

It’s worth noting that these posts were from the South Korea forum and the removal of ads is only available for the apps there. But it should also roll out to users in other territories as well through a One UI firmware update soon, although no date has been mentioned. 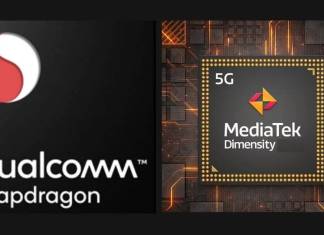 Bharat Bhushan - October 21, 2021
2021 is the year of in-house SoC’s developed by OEMs – Apple’s A15 Bionic processor and Google’s Tensor chipset to be particular. While these...