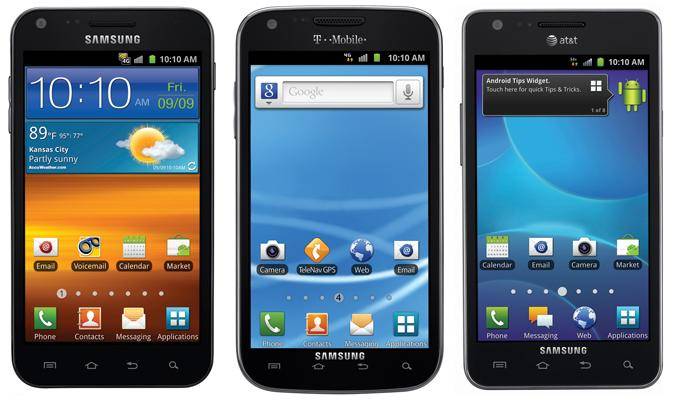 I don’t know about you guys, but I’m ready to see the Samsung Galaxy S III. We’ve still been waiting for something official and have only heard rumors as of late but a recent trademark filing by Samsung might of just gave us all hope. Three trademark filings were just submitted for smartphone names Samsung to the United States Patent and Trademark Office — I’m already wondering what these are.

Now these could really end up being anything but with big names such as Stellar, Emerge, and Halo we have a feeling these might be more than just some mid-range Samsung filler phones. The possibility of Samsung and carriers all naming the Galaxy S III their own names like the original Galaxy S line is possible instead of sticking to the same title for all and adding to them. The Samsung Galaxy S II Epic 4G Touch name was just a little too long if you ask me.

This is all just purely speculation at the moment as we’ve seen other trademark filings from Samsung with names such as Galaxy Axiom, Galaxy Awaken, Galaxy Heir and Galaxy Rite. Although these latest three sound a bit more exciting if you ask me. No details on devices, specs, or anything was available and this is only a trademark filing. Hopefully one or two of these end up being the new Galaxy S III that we can’t wait to get an official look at.