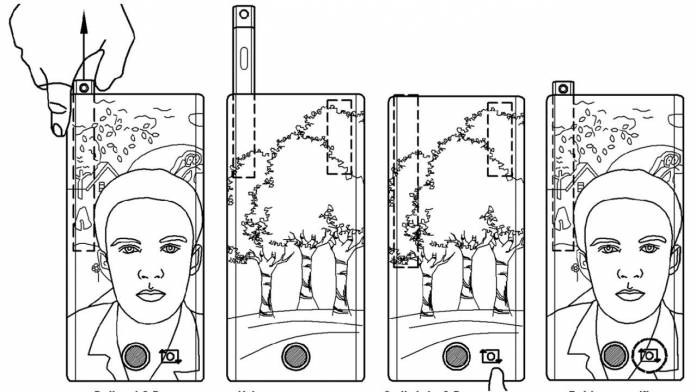 We all know by now that we won’t get a new Samsung Note device this year and rumors are that this line will actually be discontinued. But that doesn’t mean that the valued S Pen is a goner. We’ve seen devices like the Galaxy S21 Ultra and Z Fold 3 get support for the S Pen, although it’s not built-in and you’ll have to purchase it separately. Now it looks like Samsung is playing around with the idea of a special S Pen with an integrated camera based on recent patent filings.

Dutch website Let’s Go Digital shares that the patent shows an S Pen stylus on a yet unidentified smartphone, possibly an upcoming device as well. The stylus features different modes of operations, including one that pops the top out of the smartphone body, similar to how Note devices currently are. But the most interesting thing of course is that there are cameras on the stylus itself, located on the end of the S Pen opposite the stylus tip.

There seems to be a stand that slides open as well so you can prop up the S Pen’s camera. There are also indications that the stylus has a microphone so you can record video on it plus there are also multiple camera sensors. Based on the patent, the stylus can still act as the traditional one that is part of the Note series and that’s probably the regular mode. But there are also other modes like how it can be used remotely with gestures to activate the shutter. 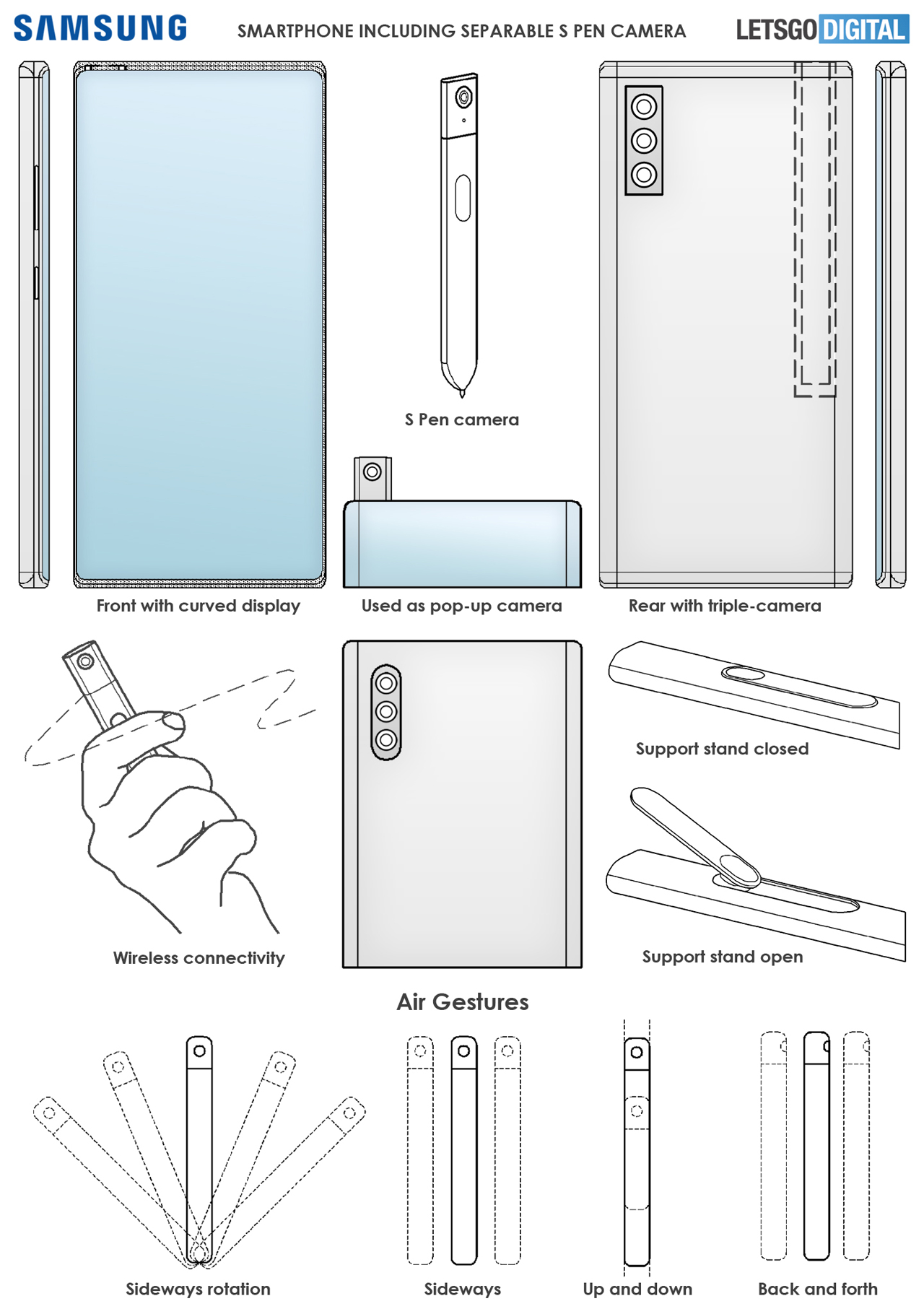 The smartphone on the patent seems to be a regular high-end Samsung device with rounded edges, a triple camera at the back and a similar camera design to the current Galaxy Z Fold 3. There is no selfie camera notch visible so that’s probably where the S Pen with the camera comes in. The stylus seems to be inserted and removed at the top left instead of the current bottom with the Note devices. Magnets are used to keep it from falling out of the housing.

This patent was filed with the World Intellectual Property Organization last March and is called “Portable terminal including separable camera”. Of course, patent filings don’t necessarily mean this product will be released so we’ll probably have to wait if they will actually bring this to life eventually.