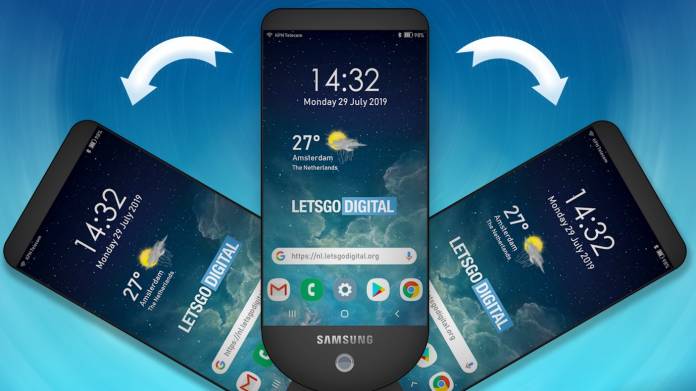 Not all patent filings result in commercially-viable products but it’s still interesting to see what these OEMs are up to since it indicates what direction the company is taking. If you use that logic to this latest patent filing for Samsung, then it means the Korean company is further exploring unique smartphone designs to push the limits of what we think mobile devices should look like. They have reportedly filed a patent for a device with not one or two but three extendable screens.

According to Let’s Go Digital, Samsung Display filed for a design patent in August 2018 at the Korean Intellectual Property Office. It was for a smartphone that seemingly had three screens. The bottom is round, allowing the two other screens to expand, kind of like a fan. The three equal display parts are stored underneath each other and then if you want to use the two other screens, then you fan them out.

There were 10 patent sketches in the filing and it also showed a metal bar at the bottom which holds the three screens together. The patent was filed by Samsung Display so we really can’t see any other design components like cameras or buttons since they’re concerned more about the screen. The KIPO approved the patent filing just last March and then the design was published last month, June 11, 2019. 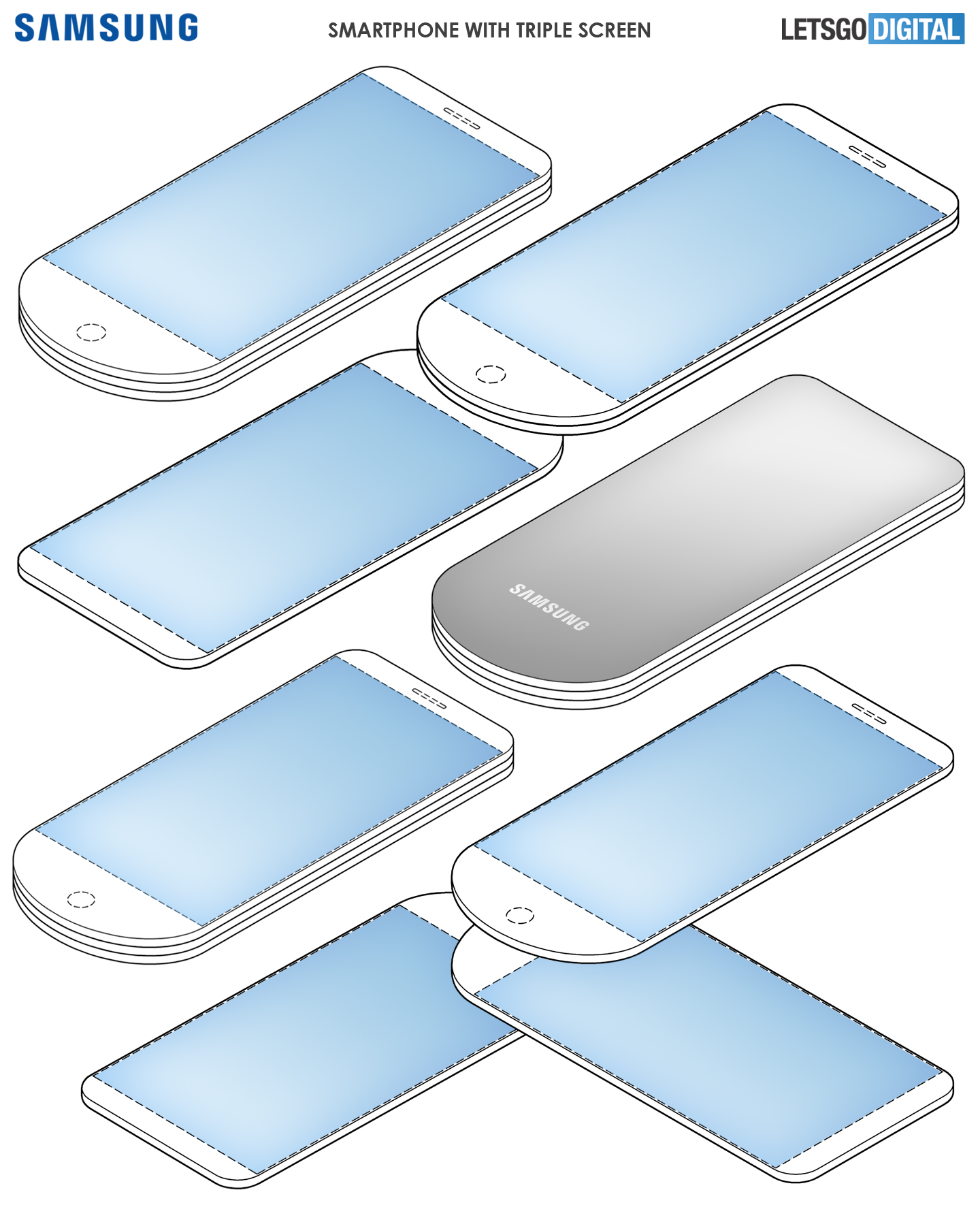 Based on just the sketches and designs, we can’t really find any practical utility or functionality of the device so it’s highly unlikely we’ll see a product prototype anytime soon or maybe even ever. It seems very much conceptual and it’s not the first time that Samsung Display has filed patents for projects that are really more for their exploration rather than to actually create for the market.

But, if they do decide to push through, it would definitely be interesting to see what its purpose is. We still haven’t seen their “improved” Galaxy Fold which should have launched a few months ago but has been constantly delayed after early feedback wasn’t so good for the foldable display.