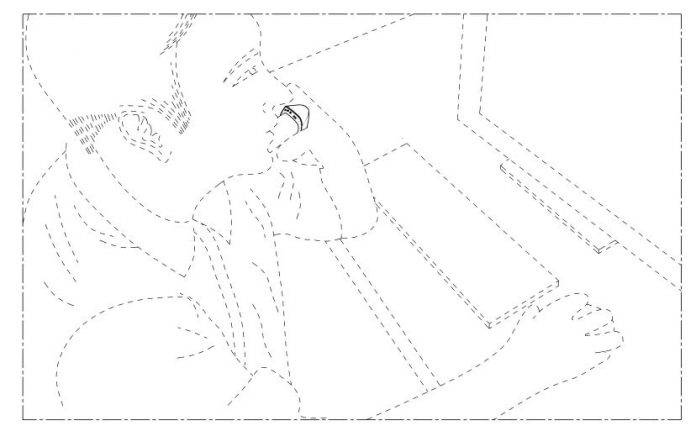 Have you ever wanted a wearable that’s not a watch or a fitness band? Well, there are now belts and tattoos available, but what about something that will fit onto your finger? Well, if all goes to plan, then Samsung might actually be bringing us a smart ring soon. That’s because they’ve already filed for a design patent with the Korean Intellectual Property Office last year, and now some of the designs have been leaked of course.

The patent was actually filed last December and it shows off more of the design of the smart ring rather than the functionality. It has a volume rocker and some buttons that are probably for answering calls. There’s also a possibility that there will be a card slot so you could store files onto the ring itself. It also looks like the ring will have a sensor to monitor the heart rate and there will probably be other biosignals tracking as well.

Even though they have filed for design patents for the supposed smart ring, it doesn’t also mean that it will actually push through. But at least we know it’s already in the advanced development stage and so the possibility of creating a prototype is actually pretty strong. Now if we know more about the functionality of the smart ring, then we’ll probably know if it’s feasible or not.

The supposed smart ring would be a pretty good accompanying accessory to the Galaxy Gear VR to help better track hand movement. If this does push through, we can’t wait to see what Samsung will be able to offer on the smart ring.