While Samsung’s Galaxy Note and its S-Pen is unlike no other phablet (or smartphone) in the market right now, there’s always room for improvement. One of the things that users have been asking for is an easier way to handle the S-Pen, especially for times when all you can use temporarily is one hand. Well, it looks like Samsung us listening to you as a document in the US Patent and Trademark Office reveals the OEM’s plans for an ejectable pen in their New Note.

The patent application form shows a device like the Galaxy Note with a pen that can be ejected automatically. Currenly, you’d have to manually push the pen out of the smartphone in order to use it, which can sometimes be a hassle especially for those in situations where one hand is all that’s temporarily free. With this future product, if approved, the user only has to make a gesture or to you voice control and the S-Pen will then be ejected so you can use to your heart’s content. 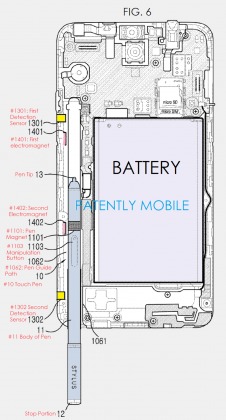 The technology involves magnets and mechanisms, which may sound a bit complicated (and it is), but the bottomline is that these parts will all work together in order to further revolutionize the way we use the phablet and the S-Pen. If you’re interested in these things, visit the source link so you can have a further understanding through the detailed explanation. 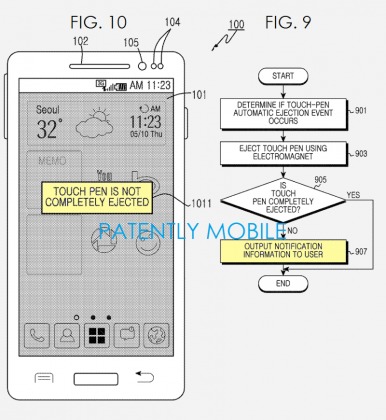 The US patent application was first filed back in Q4 2014, so there is no indication yet if this was approved and what date they’re looking at to launch the product if ever. The Galaxy Note 5 is expected to be announced later this year, and hopefully, they will be able to use the ejectable S-Pen already with the upcoming new phablet.

VIA: Patent My Mobile