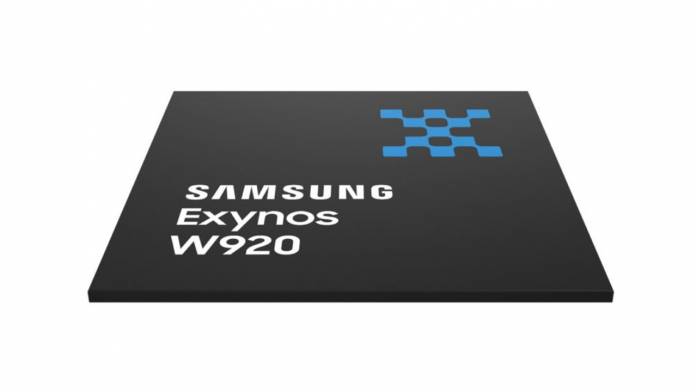 There is no doubt smartwatches have grown into lifestyle devices for the wrist helping users track fitness and wellbeing. With the launch of Samsung’s new Galaxy Watch 4, this is only going to change for the better. Only a day ahead of its Galaxy Unpacked event, where the Koreans may unveil the next-gen smartwatch with supposedly a new processor, Samsung has detailed the chipset for the interested. This is the first chipset based on the 5nm process designed specifically for wearables.

Dubbed Exynos W920 it is based on 5nm extreme ultra-violet (UEV) process and could allow wearables of tomorrow to run applications on more visually appealing UI and provide better responsiveness to the LTE connected wearables. Samsung reports, the Exynos W920 will support a “new unified wearable platform Samsung built jointly with Google.”

This is likely to be applied to the upcoming Galaxy Watch 4, which is rumored to run One UI Watch based on Wear OS. The new Samsung chipset for wearables is likely to offer high performance and efficiency with two ARM Cortex-A55 cores and an ARM Mali-G68 GPU.

The Exynos W920 comes with 4G LTE Cat.4 modem integrated for LTE connectivity. The chip, in comparison to the previous wearable processor, is billed as 20-percent more effective in CPU performance and about ten times better with GPU performance.

The wearable-specific chipset’s GPU can, as Samsung notes, handle displays with up to qHD resolution (960 x 540 pixels). It also packs two Arm Cortex-A55 processor, which is dedicated to providing always-on display with minimum power consumption.